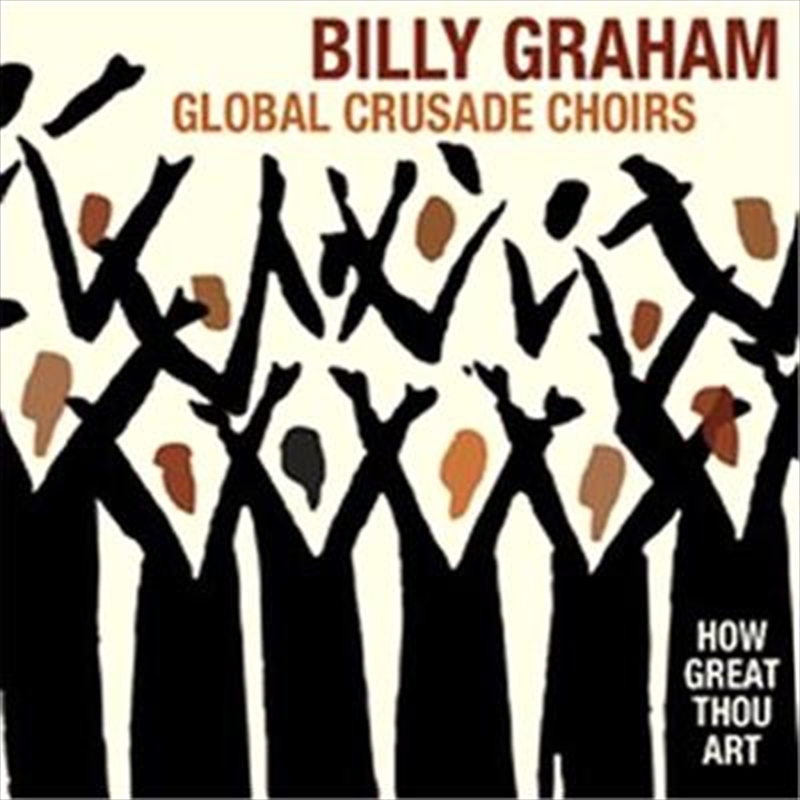 Billy Graham, Evangelist preacher, inspiration to millions of Christians and one of the 'ten most admired men in the world' has led crusades to over 300 cities around the globe and touched the lives of millions of followers. He also served as spiritual advisor to every US President from 1945 (Harry S. Truman), to the end of Barack Obama's term in 2017.

A crucial part of Mr Graham’s crusades was the local choirs who, in a voluntary capacity and under the direction of choirmaster Cliff Barrows, sang the praise and glory of Christ at each gathering. Over the years, performances of the Global Crusade Choirs have been recorded and appeared on numerous LPs or broadcast on radio.

These choirs generally comprised local Christian singers (the majority from local churches) – sometimes up to 5,000 of them – all united in the desire to spread the word of the Gospel in song. This collection brings together the best of the recordings of various choirs from around the World.

Each track has been painstakingly restored and digitally remastered to give the best possible quality. However, all of the material was recorded live at Crusade meetings and some background ambience and crowd noise may be evident on some tracks.

This CD is dedicated to them both all to the thousands of singers who passed through the ranks of the various Billy Graham Global Crusade Choirs.

Title: How Great Thou Art

2. How Great Thou Art

3. Guide Me O' Thou Great Jehovah

4. Praise To The Lord, The Almighty

8. The Ninety And Nine

9. Every Time I Feel The Spirit

10. We Shall See His Lovely Face

13. When I Survey the Wondrous Cross

14. I Will Give Thanks To Thee

18. What A Friend We Have In Jesus

22. When The Roll Is Called Up Yonder

23. Just As I Am: The Invitation Hymn