Two Is A Family 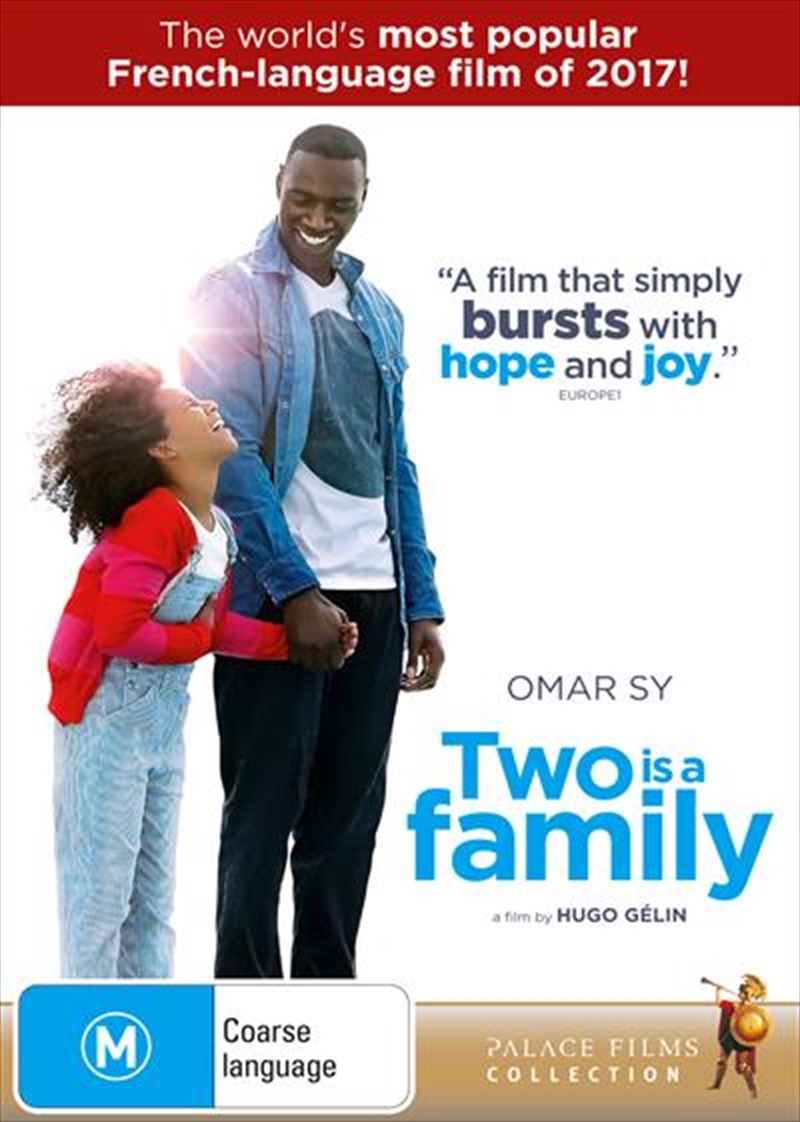 Two Is A Family

Two Is A Family DVD

The world's most popular French-language film on 2017 is here!

Hugo Glins bona fide crowd-pleaser not only stormed Frances Christmas holiday season (achieving a phenomenal 3 million + admissions), it also charmed audiences internationally, becoming the most popular French-language film of 2017 worldwide. Samuel (the irrepressible Omar Sy, The Intouchables) enjoys an A-list, hedonistic lifestyle on the sun-drenched beaches of the Cte dAzur. Life is good, until the day former lover Kristin (Clmence Posy) arrives out of nowhere and deposits the fruits of their tryst an infant daughter, Gloria in his care. Incapable of looking after a baby, Samuel rushes to the UK in an attempt to return the child to her mother, without any luck. He decides to stay in London and, after finding work as a television stuntman, their relationship slowly begins to bloom. When Kristin eventually reappears, Gloria has grown into a bright and effervescent eight year old and the inseparable father-daughter team finds their connections tested. Filled with colour, humour, emotion and great performances, TWO IS A FAMILY is a lavishly-produced slice of entertainment that also touches on themes of class, social responsibility and the challenges of parenthood. Few films are as well-crafted to leave audiences with a smile (and perhaps a few tears too).

Title: Two Is A Family