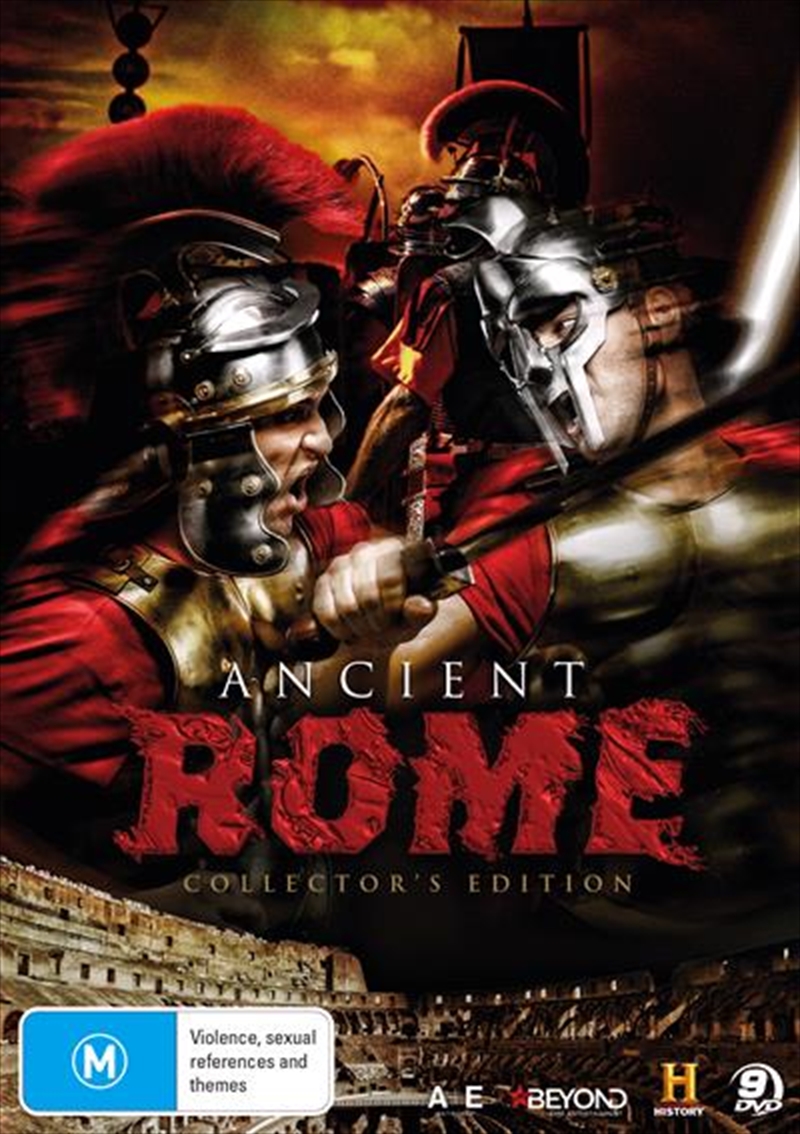 ANCIENT ROME features a comprehensive selection of programs which offer a detailed look at the Roman Empire, from the remarkable highways that helped forge an empire, to the ruined seaport city of Ostia, the decadent palaces of Nero and Tiberius to the deadly eruption of Mount Vesuvius.
ROME: RISE AND FALL OF AN EMPIRE follows the most dramatic Roman characters as they lead an empire slowly sliding to its own destruction and the Barbarian leaders who brought about that destruction. HISTORY vividly creates the living environment of the time: teeming Roman streets, struggling armies, gladiators, Roman excesses and debauchery, the camps and villages of the barbarians, and the deeply human struggle of outsiders to conquer and the Romans to survive.