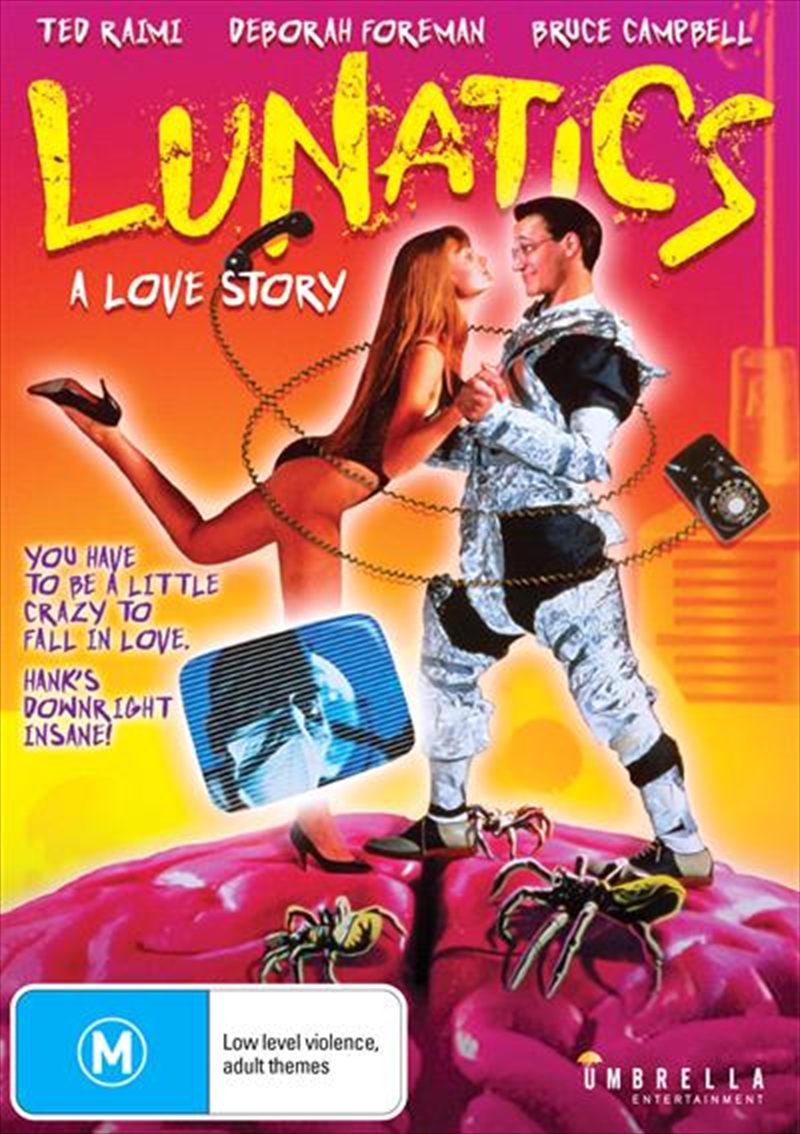 Want to click and collect? Check store availability
DESCRIPTION
You have to be a little crazy to fall in love. Hank's downright insane.

In a seedy part of Los Angeles, poet Hank Stone (Ted Raimi, Ash Vs The Evil Dead) has spent six months without leaving his apartment because of his paranoid delusions of sadistic doctors, rappers, and spiders. Nancy (Deborah Foreman, Real Genius), who seems to jinx things by wanting to help, is dumped by her boyfriend, finds herself penniless on the street and soon runs afoul of a local gang. Hank accidentally calls her at a phone booth whilst trying to dial a "talk line" and invites her to his place. There they must help each other overcome their respective problems.
DETAILS