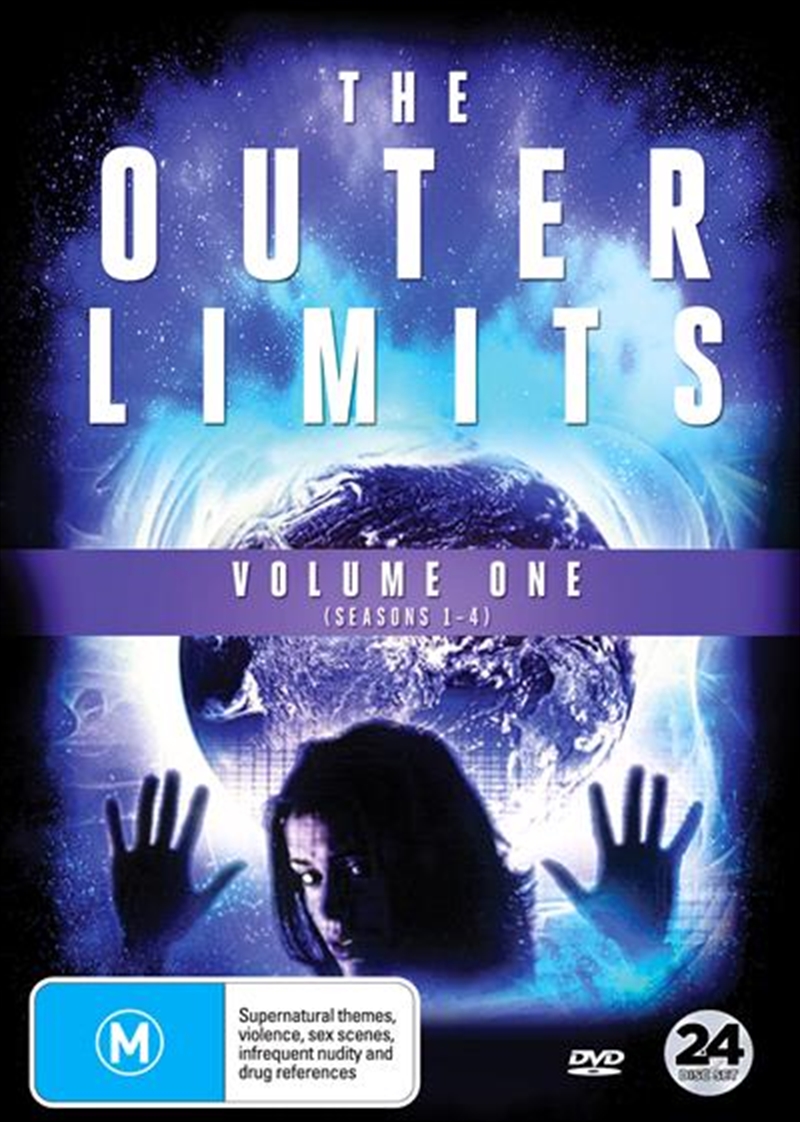 DESCRIPTION
There is nothing wrong with your television. Do not attempt to adjust the picture.

There is nothing wrong with your television. Do not attempt to adjust the picture. The Outer Limits, Sci-Fi's critically acclaimed and most original series. This 90s revival series pays homage to the original 60s series, pushing the sci-fi envelope to take you to places and worlds you never thought existed. The Emmy nominated series deals with the consequences of such controversial and thought-provoking topics as genetic manipulation, alien visitation and life after death. Explore your greatest fears in this riveting 23 DVD Collection Volume One that includes every episode from seasons 1-4.
DETAILS