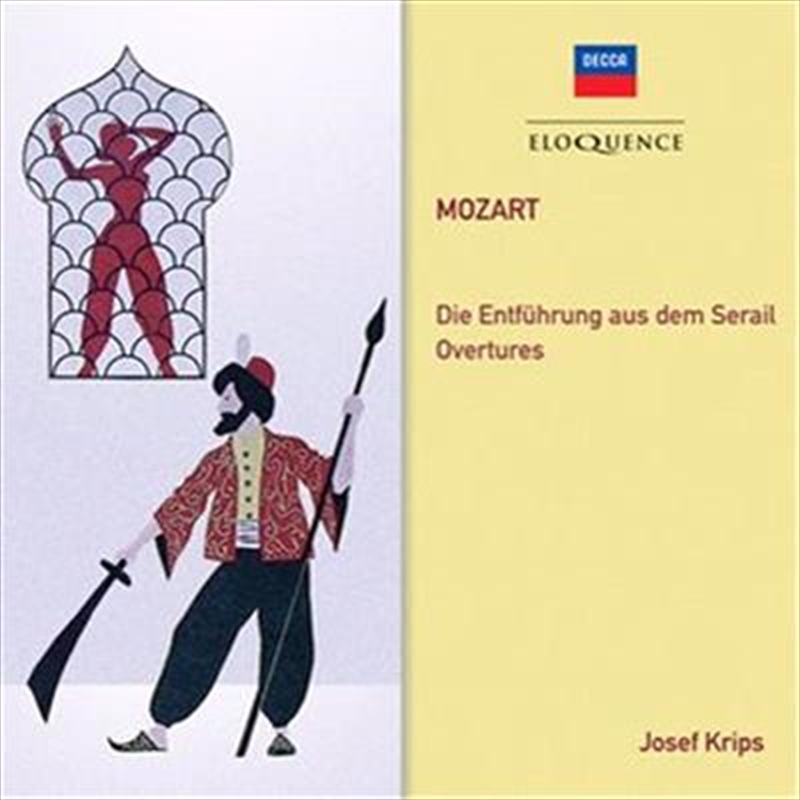 The supreme exponent of Viennese Mozart and his first recording of Mozart's 'rescue opera' set in a Turkish harem, coupled for the first time with a superbly stylish collection of overtures.

Weber's verdict on Die Entführung – 'the victory of youth in all its freshness' – has hardly been challenged since he handed it down in 1821. In it he perceived the genius of the 26-year-old Mozart in full flower, full of an irrecoverable lightness of spirit that has made it irresistibly attractive to audiences even if its vocal challenges, especially in the central role of Constanze, continue to tax all but the most poised and fearless of singers.

First performed at the Burgtheater in Vienna, Die Entführung has always held a beloved place in the repertoire, frequently performed alike in the State Opera, the more informal Volksoper and the city's true home of Singspiel at the Theater an der Wien, which put on the premiere of The Magic Flute. This performing tradition may be relished in the opera's first properly Viennese recording, made by Decca in 1950. Conductor Josef Krips and most of the principals were Viennese born and bred. It was Krips who (with the intendant Egon Hilbert) rebuilt the ensemble of the State Opera out of the rubble in 1945, and created its famous postwar Mozart style. This was the first more-or-less complete Entführung on disc, and it was hardly superseded in vocal quality by the conductor's stereo remake.

From 1950 to 1954, Krips was principal conductor of the London Symphony Orchestra. With them he made a studio album of overtures in the winter of 1951-52 that was welcomed at the time for its easy, authentically Mozartian flow and vivid sense of drama in both performance and recording. The set makes an essential complement to other Eloquence tributes to the art of Krips such as the 1951 Viennese Mozart Requiem (4826530) and his equally underrated recording of Elijah with the LPO (4804334).