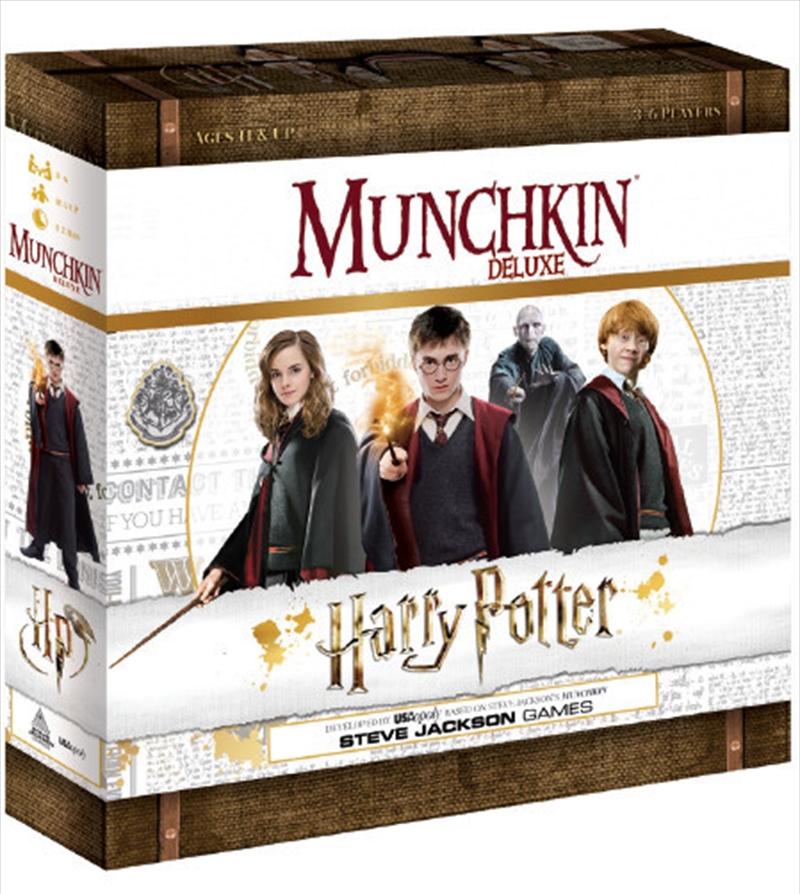 Munchkin: Harry Potter lands the witches and wizards of Hogwarts in the world of Munchkin, with players needing to kick down doors, grab treasure, and level up as usual.

Munchkin is the mega-hit card game about dungeon adventure. You and your friends compete to kill monsters and grab magic items.

All players start at level 1, with the goal of reaching level 10. Players primarily progress by killing monsters, and level up every time they kill a monster. However, players can freely use cards against monsters and other players during play, allowing them to either assist or to sabotage others during their turn.

Due to the highly competitive nature of the game and the presence of rule-breaking cards, players are encouraged to use unfair tactics against others, to further themselves at the expense of others, or to use cheat cards to affect outcomes (such as fixing the roll of the die). Throughout a player's turn, others are free to intervene: they can passively buff or debuff the player or monsters to alter the outcome.

Fast-playing Munchkin can reduce any group to hysteria. And while they're laughing, you can steal their stuff.