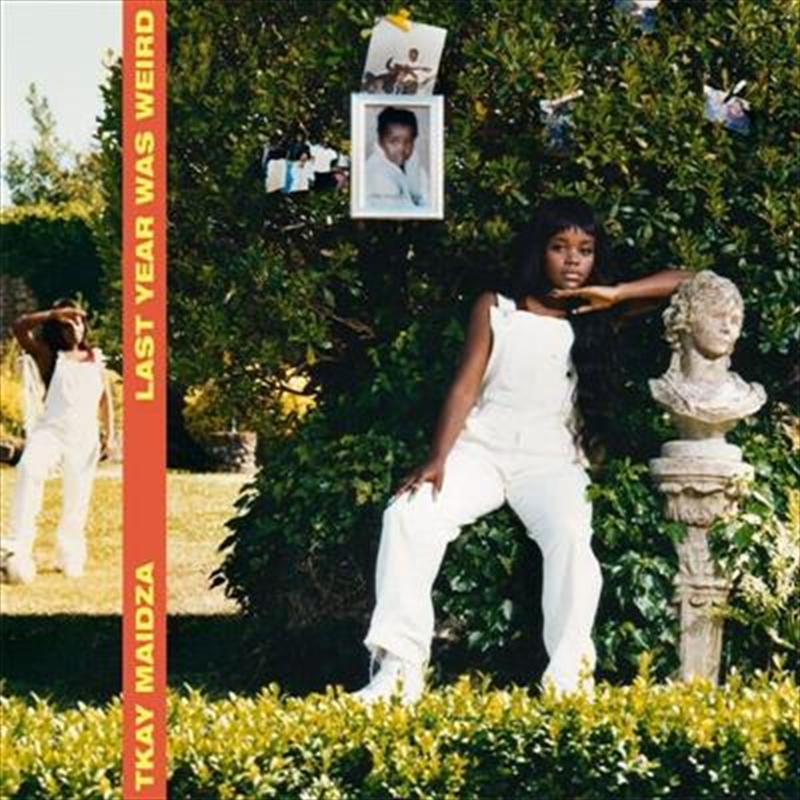 Last Year Was Weird Vol.1 is the new EP from Tkay Maidza, featuring the single Flexin’ (feat. Duckwrth). Since emerging from Adelaide in 2014, Tkay Maidza has gone on to be one of the most recognised names, faces and sounds in modern, Australian hip hop.

Her early releases instantly won her a record deal and a loyal following, and over that time she’s been on a total hot streak. She’s released massive singles like ‘M.O.B’ (accredited gold) and ‘Simulation’, dropped the critically acclaimed debut album TKAY; been nominated for an ARIA; and has pulled together a rolodex of collaborators that features some of the biggest names out there, including Run The Jewels’ Killer Mike and French producer extraordinaire Martin Solveig.

After the release of her debut album in 2016, Tkay Maidza rightfully took some time away from the spotlight to really find herself as an artist. The result of this experimentation is the honest and reflective EP ‘Last Year Was Weird Vol. 1’. Sonically it is quite the departure from her debut album ‘Tkay’ and steps towards a chilled out hip-hop sound that is similar to SZA but with a heavier rap influence. Don’t expect any tropical pop or EDM moments on this collection as she completely strips things back to her roots. EP opener ‘Big Things’ is a vibey reggae influenced track that takes it back to the reggae music she was raised on as a kid. Her dad plays bass on the track and delivers this really thick baseline that follows the song the whole way through. After a first listen it is obvious that this song screams “hit” and is just waiting to be unleashed as a single as you won’t be able to get the hook out of your head for hours. Lead single ‘Flexin’ feat Duckwrth is the EP’s classic hype track and is also the most energetic song on the collection. She sounds a lot more confident in her delivery and genuinely sounds like she’s having a lot more fun creatively with a very DIY based production.
From there the sound shifts into the reflective territory with ‘Lullablies’ which perfectly sets the tone for the remainder of the EP with a laid back hip-hop production. Songs like ‘Growing Up’ and ‘Say It’ really highlight the growth in her vocal delivery with stronger harmonies shining through their retrospective hooks. “Love growing up, I hate getting older. Hate getting older, love growing up”. Her flow is a lot more meaningful and you can hear that she’s taken a lot of time to get this sound right with the way the structures are gradually built and hit these cool little production peaks. But it’s the track ‘White Rose’ that will leave you the most impressed. It perfectly embodies all the growth she’s made over the past year as an artist and as an young adult. She’s reflective, powerful and delivers a beautiful and simple moment that stands out like nothing else. Her vocals are smooth and soothing and compared to her debut she sounds like a whole different artist and that’s a great thing. When you add all of the little interludes into the mix this EP flows incredibly well and tells a powerful story of self discovery and growth. Tkay Maidza has really outdone herself with a brand new sound that sounds truthful to who she is as an artist and is an exciting beginning to the next phase of her journey.