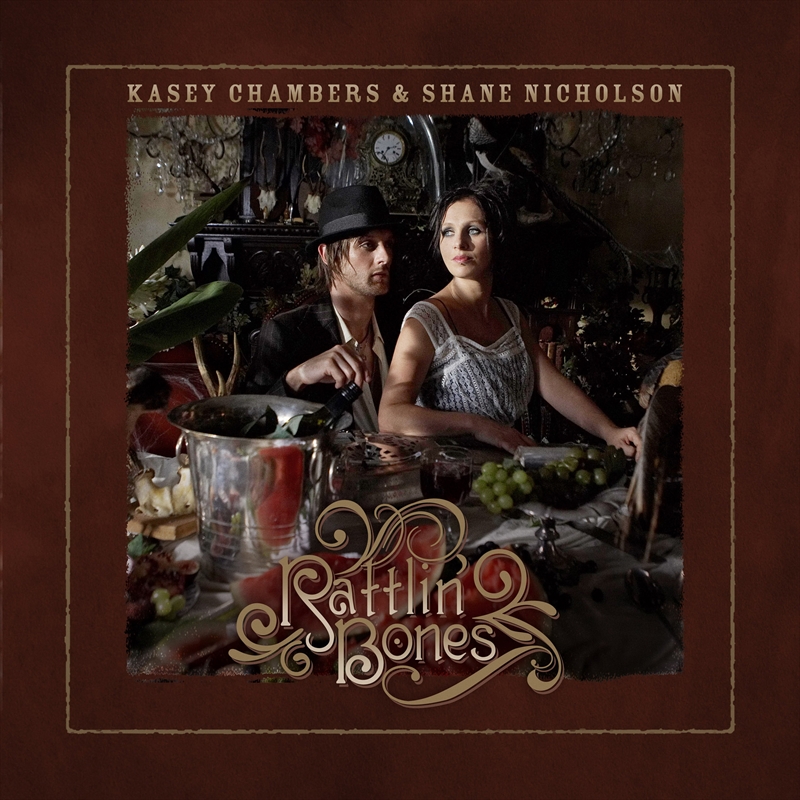 On her fourth solo album, 'Carnival,' Kasey Chambers seemed determined to move past the country influences that dominated her earlier work, and while she proved more than worthy to the task, the album also upped the creative ante in a way that raised unspoken questions about what Chambers would or could do for an encore...

So the surprise is that for album number five, Chambers has seemingly taken a step back - 'Rattlin' Bones' was a sparse, primarily acoustic set she wrote and recorded in collaboration with former partner Shane Nicholson.

With its concise arrangements and Appalachian accents, 'Rattlin' Bones' plays like an effort to reclaim some of the country feeling she gave up on Carnival and return to more familiar surroundings, except for one little thing - this is as good and as compelling an album as Kasey Chambers has ever made.

Chambers and Nicholson found something elegant and emotionally powerful in the pared-down production and arrangements of these sessions, and the music they created is still a wonder to behold, as if they found a way to make a wildly ambitious musical statement without asking you to believe that's what they had in mind. A neat trick, that.

The album debuted at number-one on the Australian ARIA Albums Chart on 28 April 2008.

6. The House That Never Was

9. The Devil's Inside My Head