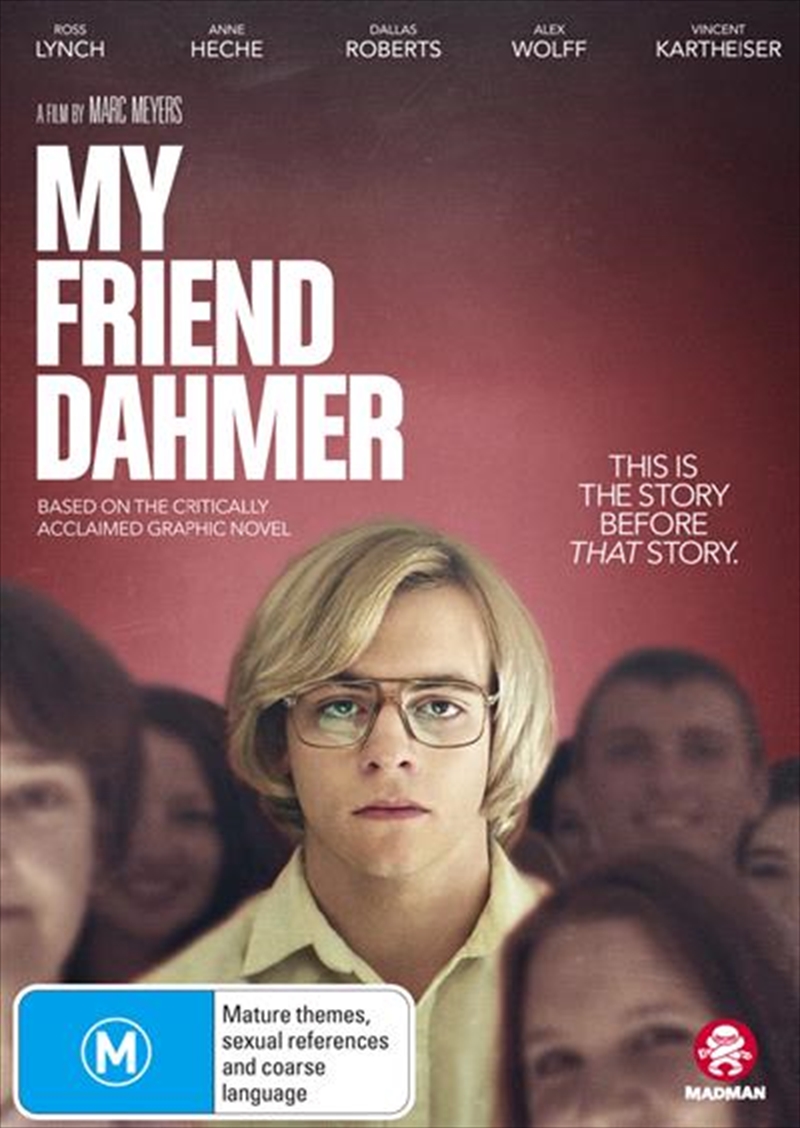 Shipping - See delivery options.
Postcode:
Quantity:
This is the Story Before THAT Story

Jeffrey Dahmer murdered seventeen men and boys in the Midwest United States between 1978 and 1991 before being captured and incarcerated. This is the story before that story. Jeff Dahmer (Ross Lynch, Disney Channels Austin & Ally) is an awkward teenager who collects roadkill. Its the end of his junior year and hes practically invisible. His family life (Anne Heche as Joyce Dahmer) is coming undone. He fixates on a neighborhood jogger (Vincent Kartheiser, Mad Men) who routinely passes by his house. By the start of senior year, he acts out, throwing epileptic-like fits in the halls. His goofball antics win over a group of band-nerds who form The Dahmer Fan Club headed by Derf Backderf (Alex Wolff, Nickelodeons The Naked Brothers Band). This camaraderie cant mask his growing depravity. Approaching graduation Jeff spirals further out of control. He retreats into alcohol. He stalks the jogger. He devolves into dissecting small animals, then a neighbors dog. We fear one of his friends is next. Marc Meyers MY FRIEND DAHMER is the haunting, sad, funny, true story of Jeffrey Dahmer in high school, based on Derf Backderf's critically acclaimed 2012 graphic novel of the same name and Meyerss own 2014 Black List script.