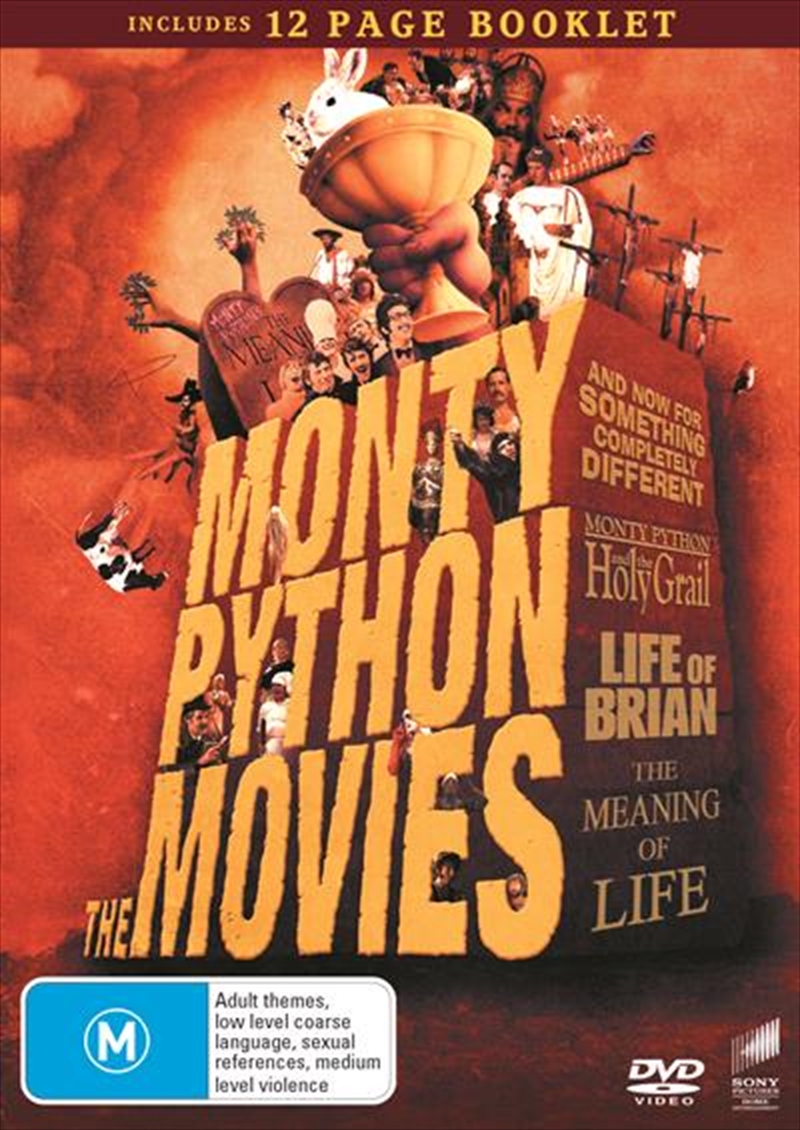 Contains:
1. And Now for Something Completely Different - Monty Pythons Flying Circus is regarded as a milestone in British Comedy. This, their first feature film, is an anthology of the funniest sketches from the legendary BBC television series. Pick one of your favourites from among many, including the famous Say No More, Nudge, Nudge sequence, the Hell's Grannies and The Dead Parrot.
2. Monty Python and the Holy Grail - After a chance meeting with a rather irate God, King Arthur and his Knights of The Round Table are set the sacred task of retrieving the all powerful Holy Grail. On their long quest they encounter a number of terrifying hazards... the taunts of the abusive French Knight, disgruntled peasants, the Knights who say Ni and the deadly rabbit with the big pointy teeth.
3. Life of Brian - The Pythons deliver a scathing, anarchic satire of both religion and Hollywood's depiction of all things biblical with their third film. The setting is Judea 33 A.D., a time of poverty and chaos, with no shortage of messiahs, followers willing to believe in them, and exasperated Romans trying to impose some order.
4. The Meaning of Life - Those six pandemonium-mad Pythons are back with a crazy adventure to explain The Meaning of Life. These naughty men offer the usual tasteful sketches involving favourite bodily parts and functions, the wonders of war, the miracle of birth and a special preview of whats waiting for us in Heaven. Nothing is too sacred for the Python crew.
DETAILS