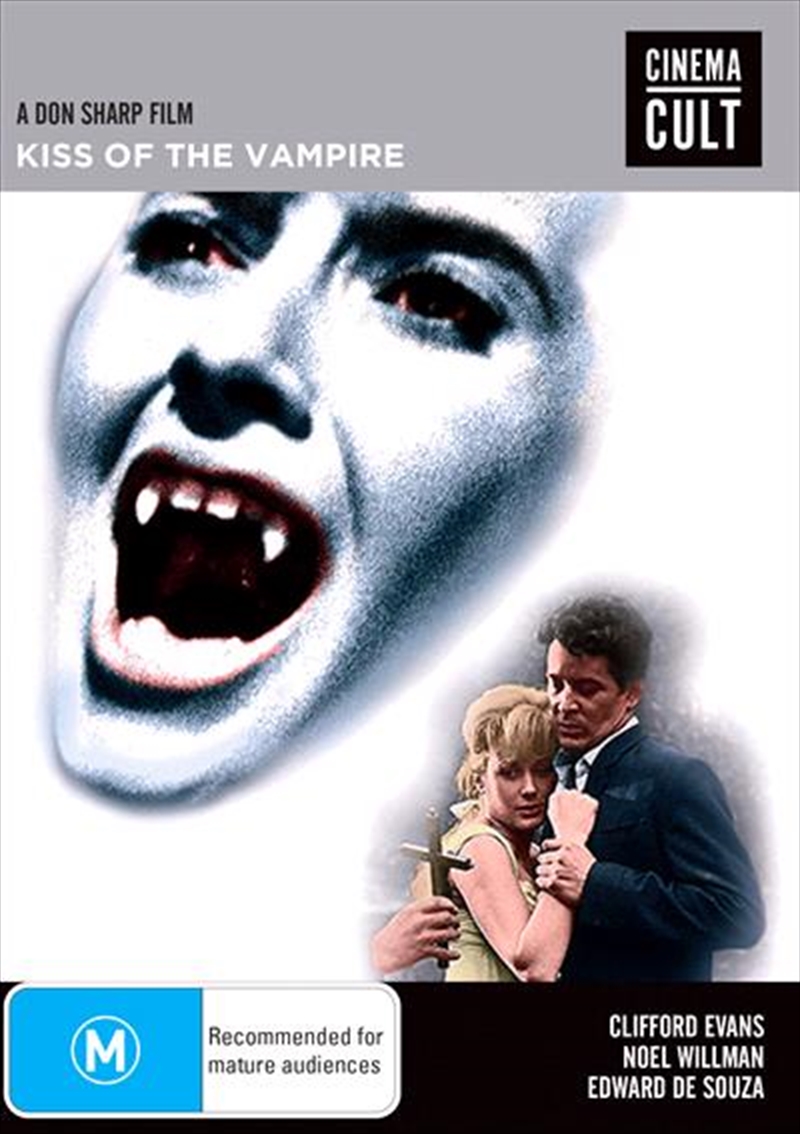 DESCRIPTION
Giant devil Bats...summoned from the caves of Hell to destroy the lust of the Vampires!

Honeymooning in Bavaria, Gerald and Marianne Harcourt experience car trouble and are forced to spend a few days in a small remote village. Soon Doctor Ravna, owner of the impressive chateau that sits imposingly above the village, invites them to dinner and the couple are persuaded to go.Their association with Ravna and his charming beautiful family is to prove disastrous as they become unwittingly embroiled with this company of vampires who seek to initiate them into thier diabolical creed. When the pair attend a masked ball at the chateau a few days later things start to go eerily wrong when Gerald begins to feel faint and Marianne disappears only to later return in front of a ceremony of gowned vampires and announced as their new disciple.
DETAILS

Title: Kiss Of The Vampire