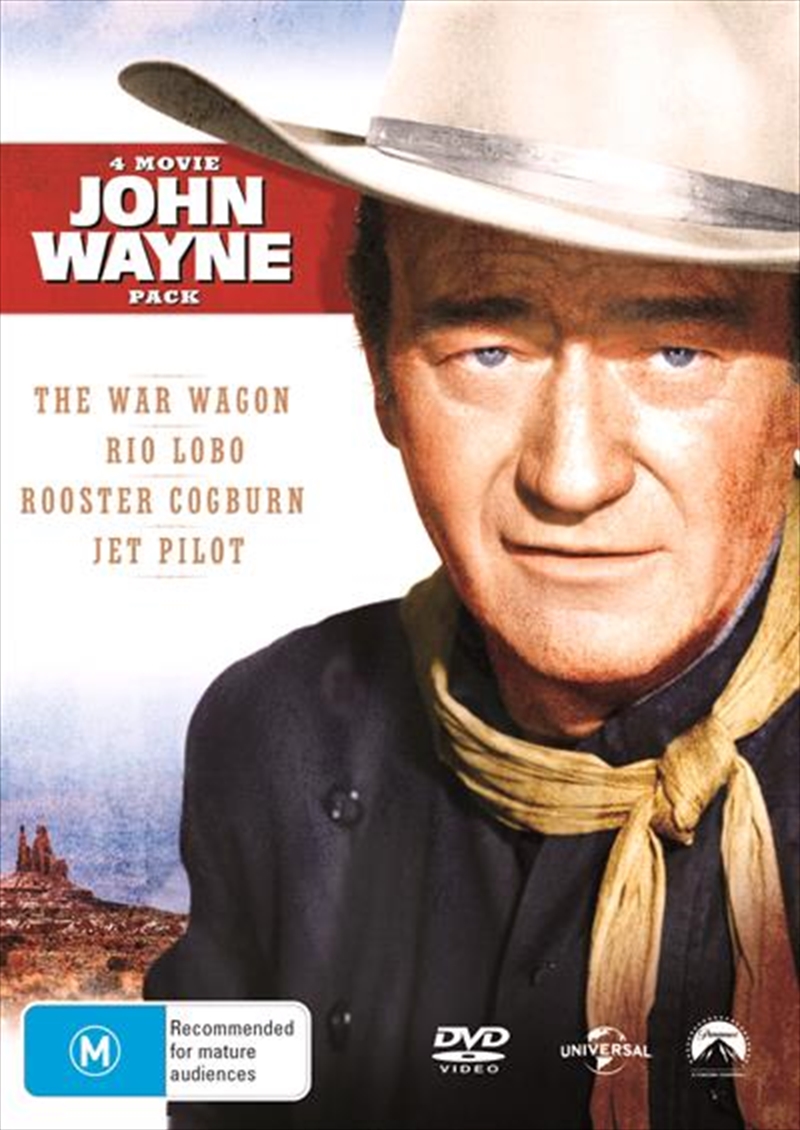 The War Wagon
Two cinematic legends, John Wayne and Kirk Douglas, team up to seize a small fortune in gold in this action-packed western classic. Wayne plays Taw Jackson, a range-hardened rancher who's hell-bent on capturing the infamous War Wagon, an ironclad stagecoach protected by a small army of men and owned by a thieving cattle baron who robbed Taw of his gold and good name years before. To get even, Jackson recruits Lomax (Douglas), a brash gunslinger, and a raucous crew of misfits and redies them to pull off one of the most impossible heists of all time.

Rio Lobo
A classic action-filled John Wayne western is set into motion with a spectacular robbery of a Union pay train by Confederate guerrillas. The Train's colonel (Wayne) jails the enemy leaders but the three men later become friends when the war ends. Together they seek the Union traitors responsible for a string of Confederate train robberies, a mission that culminates in a rousing shoot-em up finale.

Rooster Cogburn
Two of the most popular stars in screen history are brought together for the first time in the adventure filled follow up to "True Grit". The legendary John Wayne reprises his role of the rascally, eye-patched, whiskeyguzzling U.S. Deputy Marshall that won him an Academy Award. Katherine Hepburn joins him as the prim Eula Goodnight, a missionary who pairs up with the grizzled gunfighter to avenge the death of her father. While in pursuit of the outlaws, a warm rapport develops between the rough-and-tumble lawman and the flinty reverend's daughter as they join forces to secure justice in the untamed west.

Jet Pilot
John Wayne and Janet Leigh star in this spy-drama set during the Cold War. The USA and the Soviet Union are mortal enemies and an "iron curtain" divides the free world from Communism. But for an ace American Air Force pilot, played by John Wayne, frosty international relations begin to thaw as the sparks of romance flicker following an encounter with a very attractive lady from the wrong side of the iron curtain. Wayne, the embodiment of American values, sticks to his guns, but temptation and duty can somtimes be hard to reconcile...