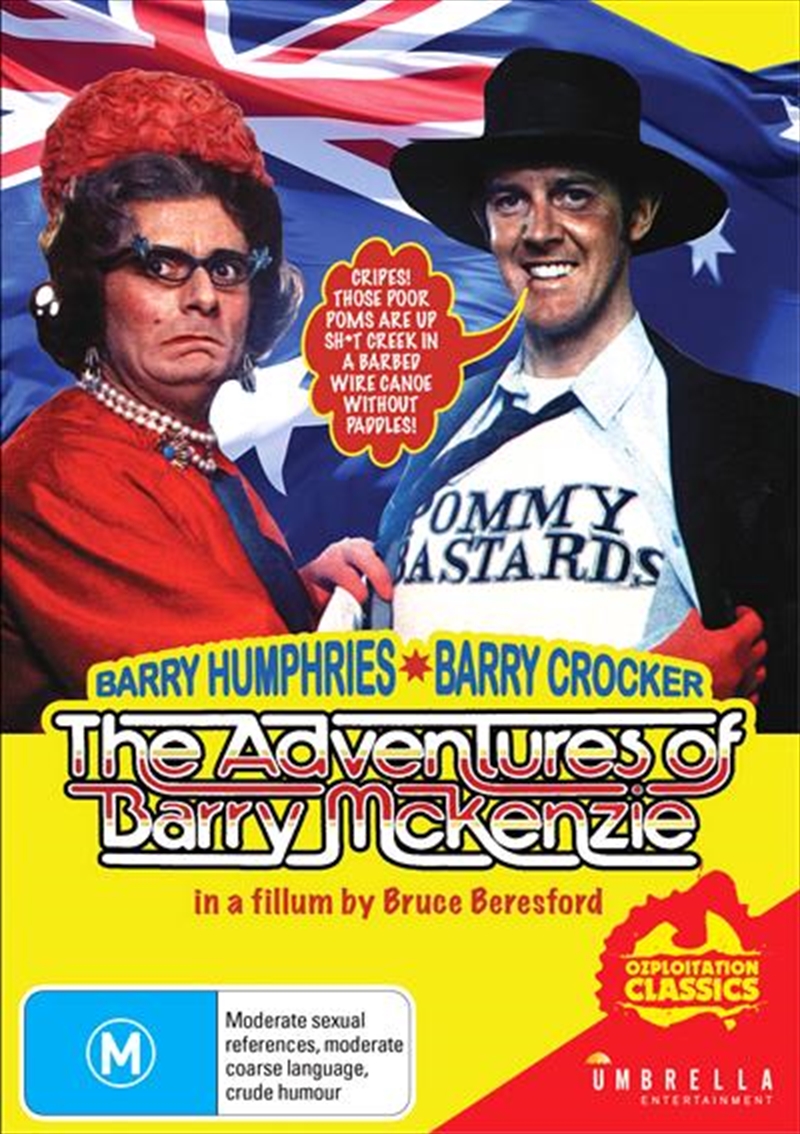 Want to click and collect? Check store availability
DESCRIPTION
Cripes!! The things these pom sheilahs will do in front of a camera !!!! [Australian theatrical daybill movie poster]

Reviled by the critics! Adored by fair-dinkum Aussies! In this fan-bloody-tastic classic, Australia's favourite wild colonial boy, Barry McKenzie, journeys to the old country accompanied by his Aunt Edna Everage to take a Captain Cook and further his cultural and intellectual education. Faster than a rat up a drainpipe, Bazza heads for Earls Court to catch up with a bonzer bunch of ex-pat bastards - and from there rampages through London, cracking tubes, parking the tiger, pointing percy, flashing the nasty and handing out knuckle-sandwiches to the unsuspecting Poms - who wouldn't even know a tram was up 'em 'till the bell rang! Barry Humphries, Barry Cocker, Spike Milligan and Peter Cook star in this groundbreaking flick that captured Bazza's celebrated yawn in glorious technicolor and put the Oz fillum industry on the map!
DETAILS