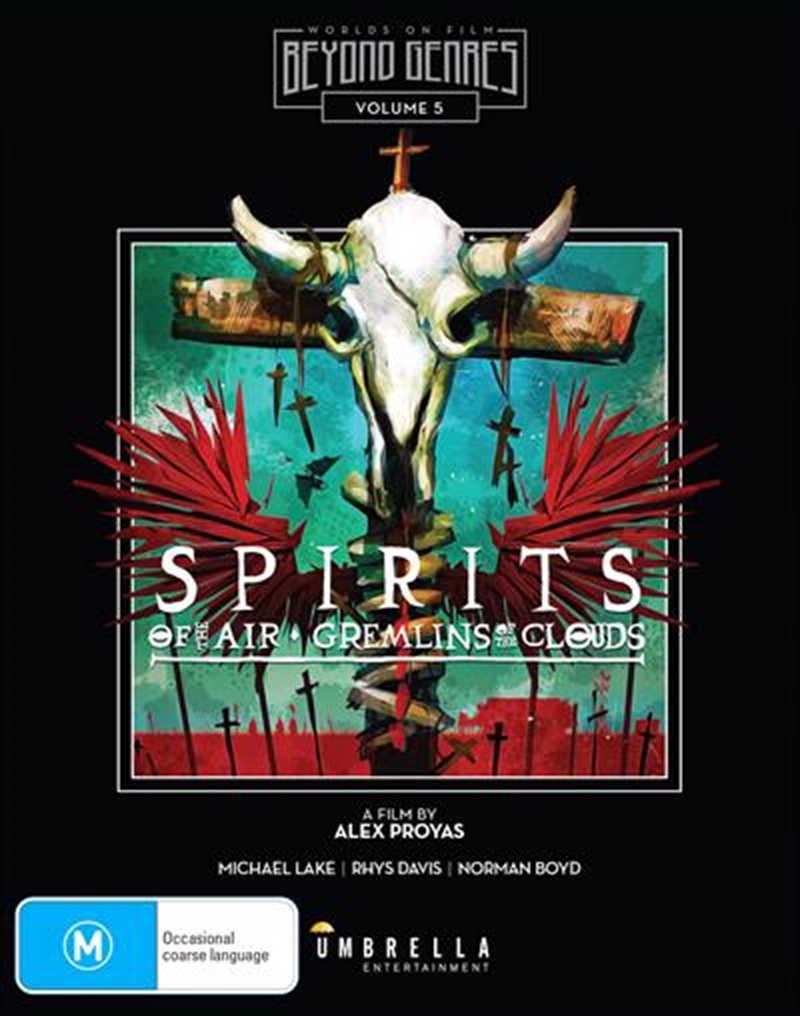 Shipping - See delivery options.
Postcode:
Quantity:
SEE MORE IN:
Gremlins
DESCRIPTION
Spirits of the Air, Gremlins of the Clouds has finally been resurrected after 30 years, restored and available for rediscovery. The debut feature from Alex Proyas (The Crow, Dark City, I Robot), Umbrella Entertainment presents a 2K scan from the original 16mm negatives. Set against an overwhelming desert landscape, Felix (Michael Lake, Fortress) and Betty Crabtree (Melissa Davis, Dead End Drive-In) are an eccentric brother and sister living together in an isolated homestead in a post-apocalyptic era. Modern technology is absent, with wheels and gears operating a variety of broken devices to assist their struggle to survive. When they encounter a wandering stranger named Norm, their simple lives become tumultuous as the wheelchair-bound Felix dreams of flying and Betty believes their new arrival to be a demonic presence. The characters all yearning for escape but seemingly do not know how.
DETAILS

Title: Spirits Of The Air, Gremlins Of The Clouds