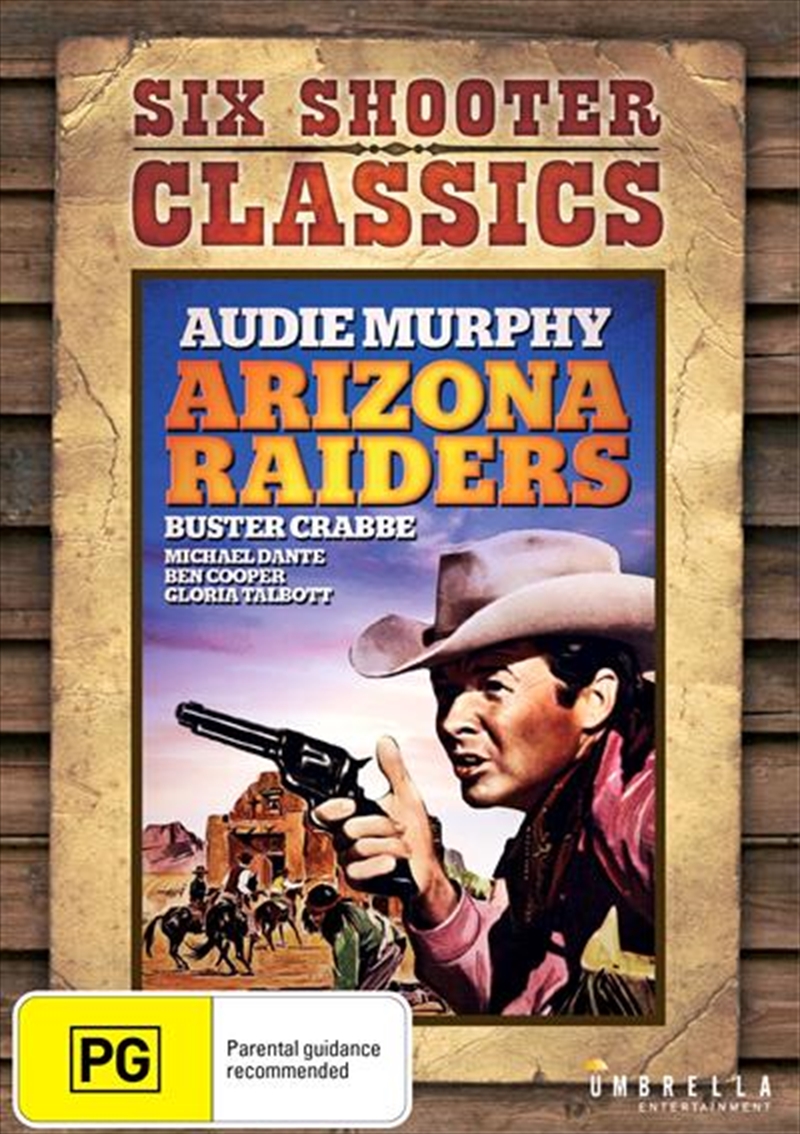 DESCRIPTION
Audie Murphy as a new kind of action-man... Raider-turned-Ranger!

Audie Murphy (The Red Badge of Courage) and Buster Crabbe (Tarzan, Flash Gordon) strap on their six guns for this epic tale of vengeance and betrayal in the wilds of Arizona.For years, Clint Stewart (Audie Murphy) rode with the legendary Quantrill's Raiders - Confederate veterans who have become the most feared outlaw gang ever to ride the West. Captured after a shootout and sent to a chain gang, Clint is given a stark choice: Rot in jail or join the Arizona RAiders under Captain Andrews (Buster Crabbe) and help hunt down the rest of his old gang.Along with his fellow outlaw, Cooper (Willie Martin), Clint tracks down the remnants of Quantrill's Raiders - and rejoins them. But when the outlaws kidnap a beautiful Indianprincess, they provoke a war with the local Yaqui tribe...
DETAILS