Ghost In The Shell 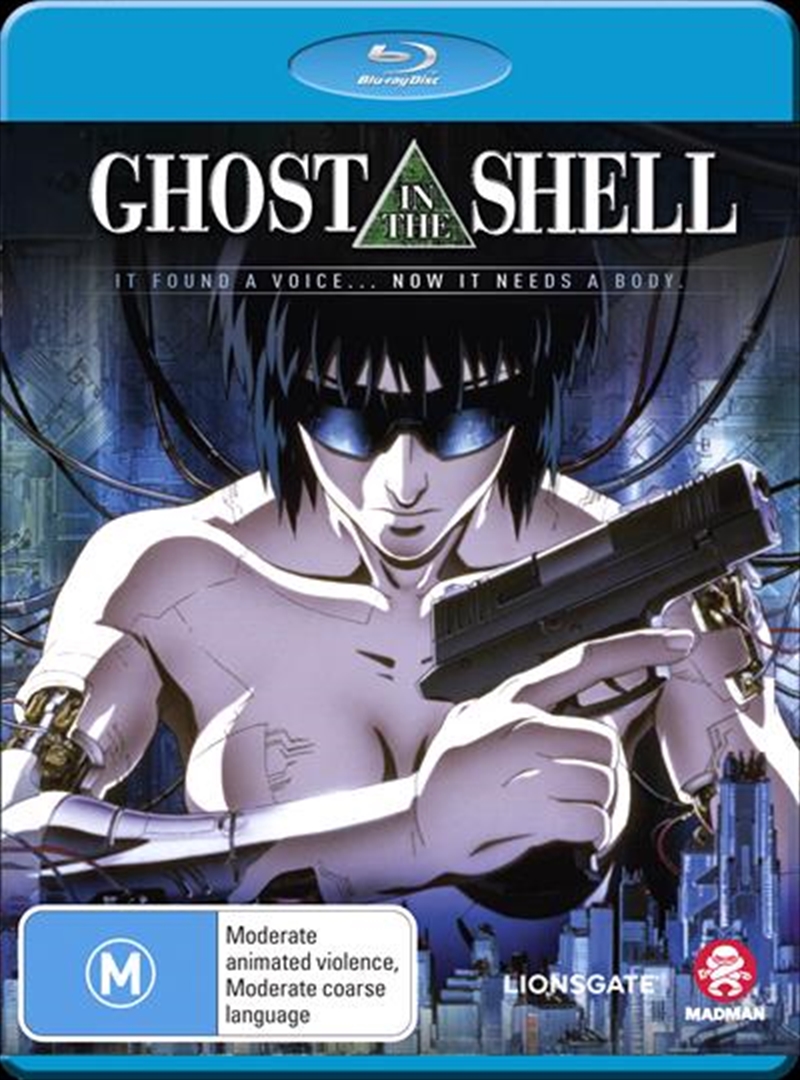 Ghost In The Shell

Ghost In The Shell Blu-Ray

It found a voice... now it needs a body.

In a world caught in the grip of information overload, where artificial intelligence is more than the real thing and cyborg cops spend their lives surfing on an electronic sea of living data, only the Ghost - the indefinable element of human consciousness - exists to determine who is alive and who is purely a creation of the net. Major Motoko Kusanagi is an elite officer in the Section 9 security force: a cybernetic agent so heavily modified that little more than her Ghost remains. Along with fellow cyborg Bateau and the mostly human Togusa, Kusanagi is set on the trail of a computer-criminal known as the Puppet Master, a data thief skilled enough to hack into the very minds of his victims. His human marionettes live out existences that are nothing more than computer generated fantasy, unwittingly committing their master's crimes while the Ghost-hacker hides in the darkness. But as Kusanagi digs deeper into the walls of secrecy surrounding the case, it appears that the Puppet Master has a special interest in her alone. And when the Ministry of Foreign Affairs, shadowy Section 6, enter the scene, Kusanagi becomes tangled in a web of plot and counterplot, and realizes the true identity of her invisible assailant lies at the center of a vast and lethal political conspiracy...

Title: Ghost In The Shell