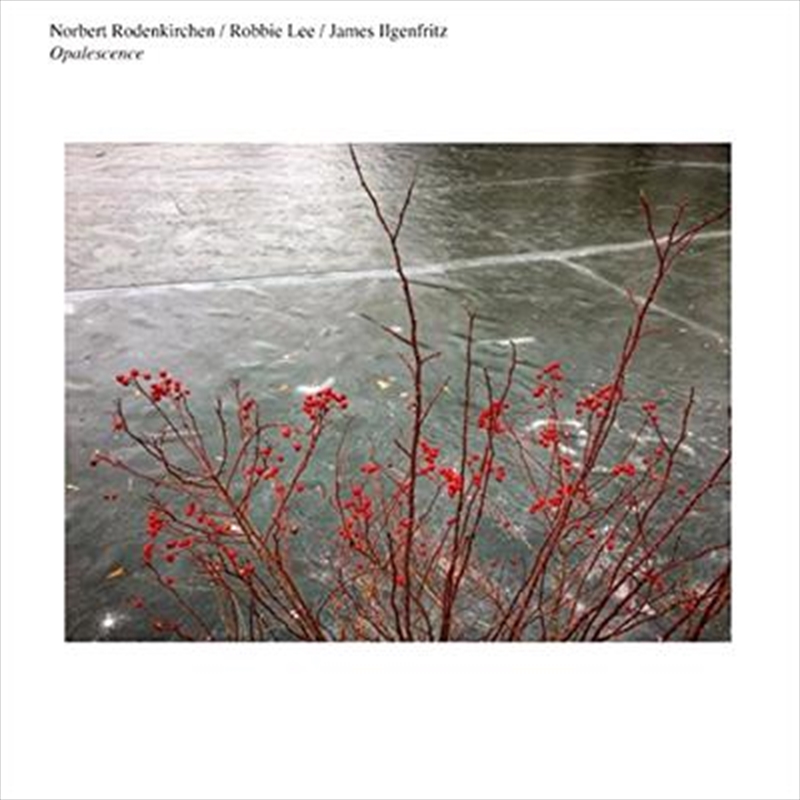 Opalescence is the new album from the most unusual trio of Norbert Rodenkirchen, Robbie Lee, and James Ilgenfritz. The setting for the initial sessions: hushed microtones bouncing off reverberant marble walls while a blizzard raged outside.

Their backgrounds: an unconventional mix of medieval music, modern composition, various folk traditions, and, of course, jazz. And the result: an unclassifiable amalgam of improvised forms, weaving together far-flung genres, gratifyingly challenging yet easy to enjoy.

The album is framed with a series of solo composition by Rodenkirchen, with echoes of his solo work on Hameln Anno 1284 and Tibia Ex Tempore. Ilgenfritz begins the track Mille Regretz with an extended solo bass exploration of arco harmonics, before medieval fragments enter the drone like a dream.

Tones of modern and early composers begin to merge (Scelsi, Grisey, Josquin, Machaut). But the sounds also have levity and wit. The pastoral folk of Society of the First Snowfall gives way to an exploratory energy that wouldn't be out of place on an Art Ensemble of Chicago Record.

When Lee's renaissance clarinet joins his sopranino saxophone at the end, the spirit of Roland Kirk's double-horn dances with its most ancient precedent, perhaps channeling the ancient Greek double-wind aulos. The instruments used during these sessions deserve mention in their own right: flutes both pre-modern and postmodern, from medieval to quarter tone.

The gentle giant that is the contrabass recorder, looking more like a Bauhaus tower than a renaissance sound-anchor.

An assortment of other quirky winds, from the wooden piccolo to the glissando sliding headjoint flute. Opalescence is a creative sound experience not quite like any other. It invites deeper, repeated listening, disclosing new pleasures and new sonic possibilities.

3 Society of the First Snowfall

10 The Invention of Dreaming