Stand For Something Or Die For Nothing 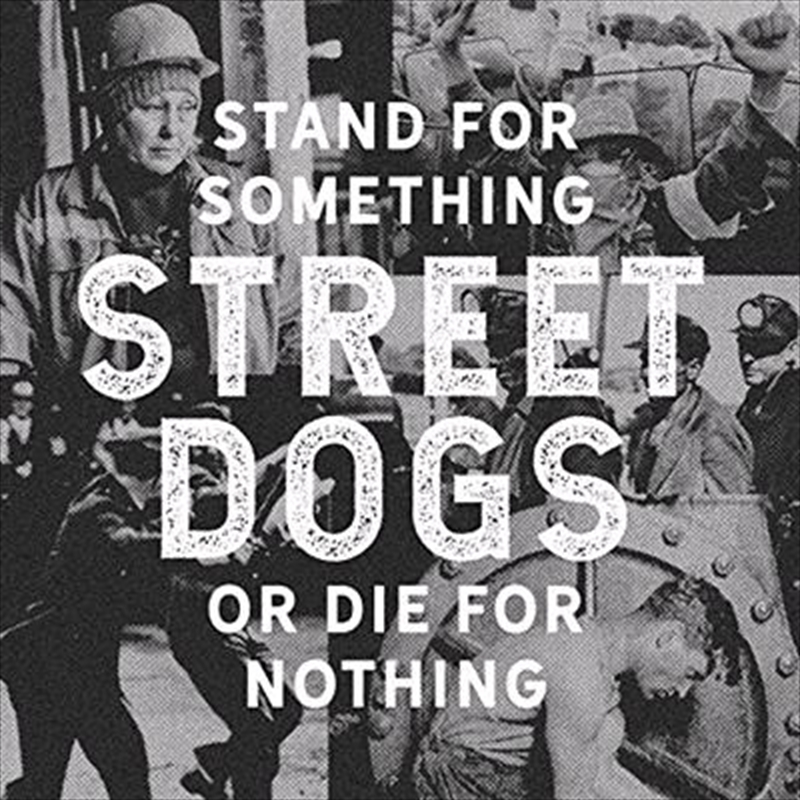 Stand For Something Or Die For Nothing

Street Dogs Stand For Something Or Die For Nothing CD

Boston is a complex fabric of people, cultures, and viewpoints. None more Boston are punk rock outfit, Street Dogs, who release their sixth studio album!

From the air they breathe and the food they eat to the communities they serve—frontman Mike McColgan (former singer of Dropkick Murphys) is a Boston Fire Department 911 Dispatcher and drummer Pete Sosa is an honorary member of the City of Boston — Street Dogs exemplify their city and what it has to offer the world.

The new album is proof the Bostonians continue to live and be empowered by their tell-it-like-it-is ethos. "The dumbing down of America is a reason to write songs in 2018," Rioux asserts. "People need to wake the fuck up and realize the rich won't drain the swamp or look after the working man and woman. So we hit on familiar turf and we go outside our zone as well on "Stand...".

It's tough to contain my excitement for this record and our fans are going to love it." Recorded at Woolly Mammoth Studios, Sugarland Studio, and Q Division Studios with Rioux in the producer's chair, "Stand for Something or Die for Nothing" is a punk rock album for the new era offering a whole lot of anthems tailor made for fans of Social D, The Clash, Cock Sparrer, Dropkick Murphys.

While the definition of punk rock has its divisions, Street Dogs are, no doubt, part of the genre's proud history. Using Rioux's definition: "What's punk to me is people living how they want to not how they are told to." Amen. Get ready for a new slab of 'Punk Rock & Roll'!

Title: Stand For Something Or Die For Nothing

1. Stand For Something Or Die For Nothing

5. These Ain't The Old Days

10. Never Above You, Never Below You