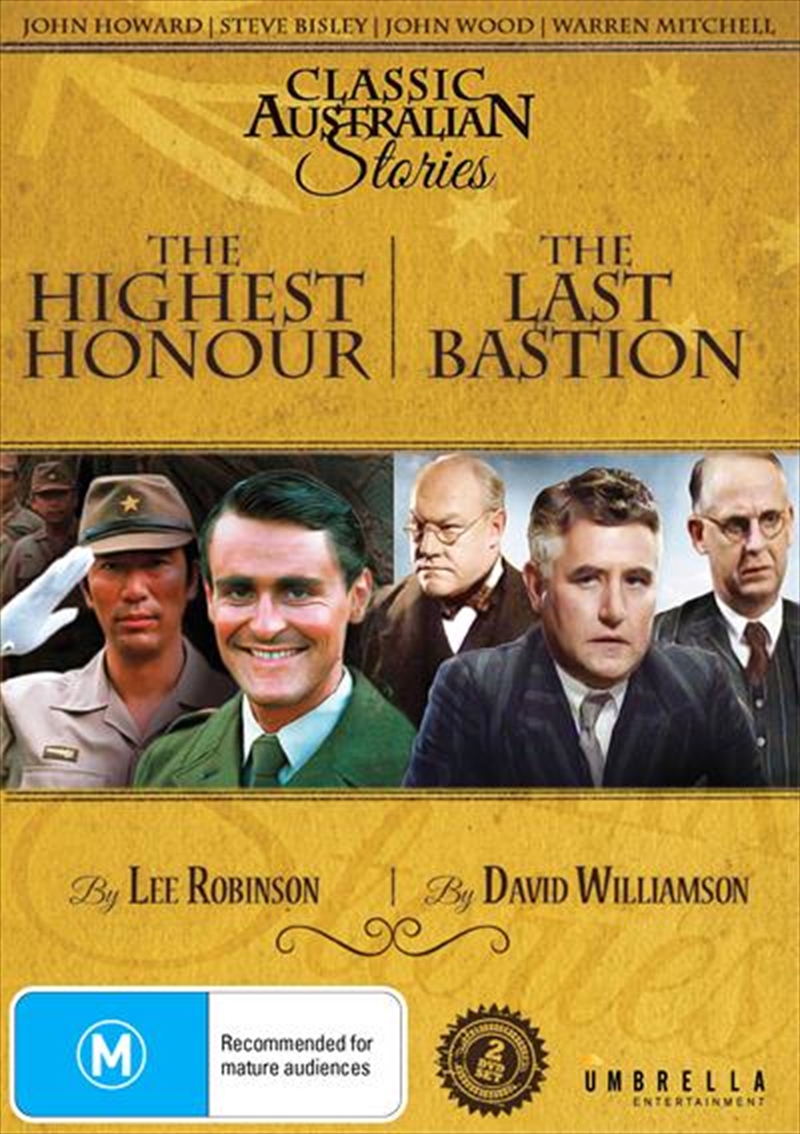 The Highest Honour - The Highest Honour (also known as Heroes of the Krait) tells the remarkable true story of Australia's involvement in one of the greatest raids in wartime history. Comprised of volunteers of all branches of the Allied Forces, Z Special Forces was a secret operations unit of the Australian Army during World War II and came under the direct command of General Douglas MacArthur. In an amazing display of courage and determination, Z Special carried out 284 undercover missions in the south-west Pacific area, the most famous being two daring raids codenamed 'Jaywick' and 'Rimau'.In the first of these, the 'Krait', a captured Japanese fishing boat, set out from Australia on the longest range seaborne raid ever undertaken in the history of war. The Krait penetrated deep into Japanese held territory, covering over 17,000 kilometres, to attempt its most deadly mission of all. Theirs was a mission that would not only test Z Special's conviction and dedication to one another but the heroic opportunity to garner the highest honour. From the producers of Attack Force Z, The Highest Honour features an ensemble cast including John Howard (Packed To The Rafters), Steve Bisley (Red Hill), Tony Bonner (The Lighthorsemen), Harold Hopkins (Gallipoli), and Vincent Ball (Breaker Morant).
The Last Bastion - The year is 1941 - as the dark cloud of World War II hovers perilously over the Southern Hemisphere the people of Australia brace themselves for an uncertain future when Japanese forces get ready to invade.The Last Bastion goes behind closed doors and into the minds of the big decision makers world dignitaries Franklin Roosevelt (Warren Mitchell), Winston Churchill (Timothy West), Australia's John Curtin (Michael Blakemore), and General Douglas MacArthur (Robert Vaughn). The boundaries are set -transports carrying thousands of men, naval fleets and army divisions are strategically positioned - pawns on over-sized world maps, as a high-stakes game of chess develops between the allies and against the enemy. Detailing the heated political battles waged by Prime Minister John Curtin during the omnipresent threat of invasion, The Last Bastion highlights key battles and locations, incorporating real archival footage of sea, air and frontline combat to provide historical authenticity and military verisimilitude. Written and produced by award-winning playwright David Williamson (Gallipoli, Dons Party), The Last Bastion also features Aussie icons John Wood as Robert Menzies, Bill Hunter as Ben Chiffley, as well as Ray Barrett, Max Cullen, Harold Hopkins, Richard Moir and Simon Chilvers.
DETAILS