Doctor Who - The Sontarans | The Monster Collection 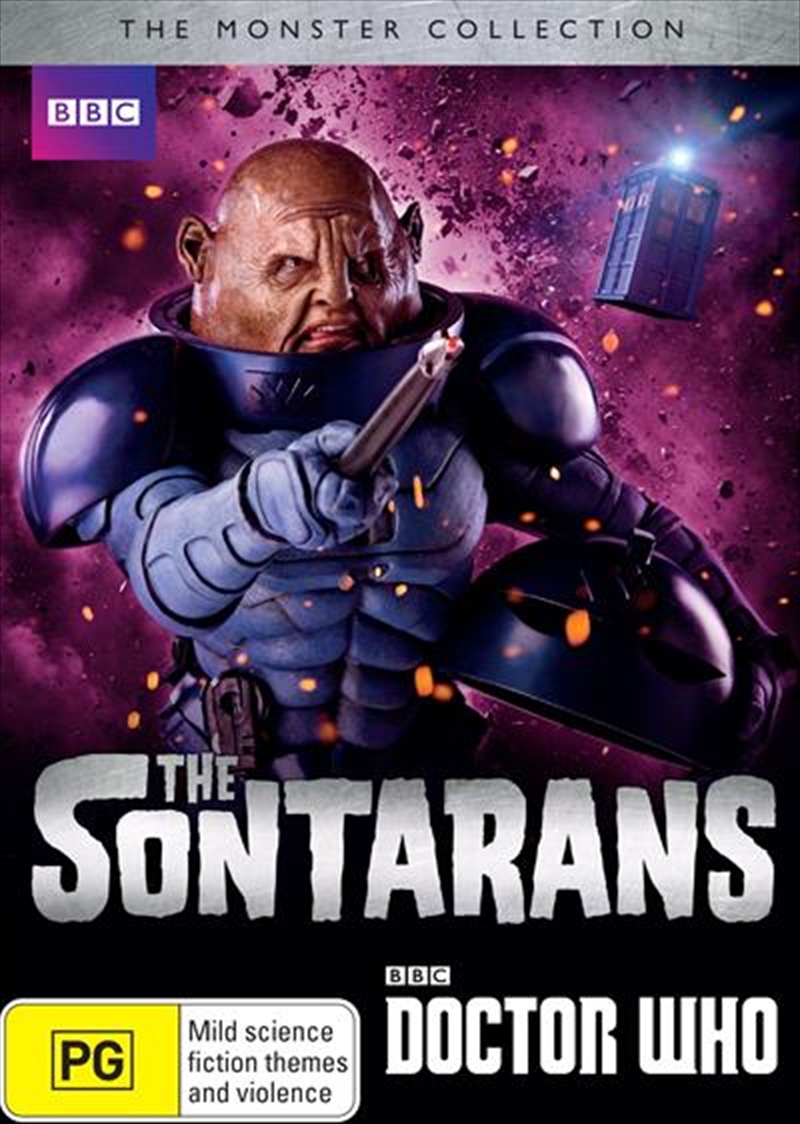 Doctor Who - The Sontarans | The Monster Collection

DESCRIPTION
Take a trip through space and time to meet creatures and enemies that always come back for more... Contains two exciting adventures! The Sontarans are a short, battle-loving race from the planet Sontar. Bred for war, these cloned creatures have produced one of the most powerful armies in the universe. THE TIME WARRIOR is four-part adventure from 1973/1974 and marks the first appearance of the Sontarans in the series. Jon Pertwee stars as the Third Doctor. Written by Robert Holmes, Directed by Alan Bromly, Produced by Barry Letts. First shown: 15 January 1974 THE SONTARAN STRATAGEM and THE POISON SKY was first shown in 2008 and brought the Sontarans back to the new series to fight the Tenth Doctor, played by David Tennant.
DETAILS

Title: Doctor Who - The Sontarans | The Monster Collection