Because I Come from a Crazy Family 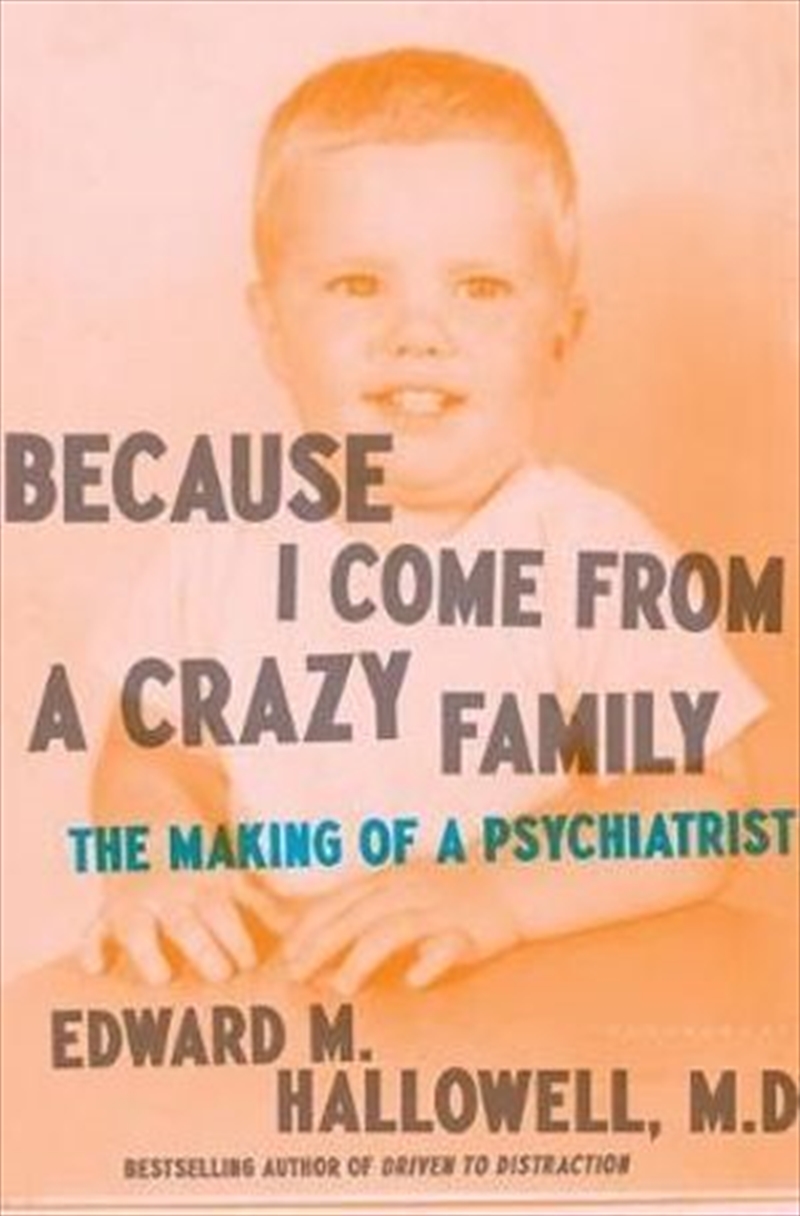 Because I Come from a Crazy Family

When Edward M. Hallowell was eleven, a voice out of nowhere told him he should become a psychiatrist. A mental health professional of the time would have called this psychosis. But young Edward (Ned) took it in stride, despite not quite knowing what "psychiatrist" meant. With a psychotic father, alcoholic mother, abusive stepfather, and two so-called learning disabilities of his own, Ned was accustomed to mad and unpredictable behavior from those around him, and to a mind he felt he couldn't always control.
The voice turned out to be right. Now, 55 years later, Hallowell is a leading expert on attention disorders and the author of twenty books, including Driven to Distraction, the work that introduced ADHD to the world. In Because I Come From a Crazy Family, he reflects back on his childhood, marked by what he calls the WASP triad of alcoholism, mental illness, and politeness, and tells the story of how a family of drunk, crazy, preoccupied, and well-intentioned eccentrics led Ned to an inspiring and celebrated career as a psychiatrist. He explores the wild wish, surging beneath his incredible drive and ambition, that he could have saved his own father and mother, their troubled marriage, his siblings, and himself.
Because I Come from a Crazy Family is an affecting, at times harrowing, ultimately moving memoir about crazy families and where they can lead, and a coming-of-age story--of searching for and finding a safe place. Finally, it's a book about being called to the mental health profession, and the unending joys and challenges that come with helping people celebrate who they are.
DETAILS

Title: Because I Come from a Crazy Family