All Together Now | Complete Series 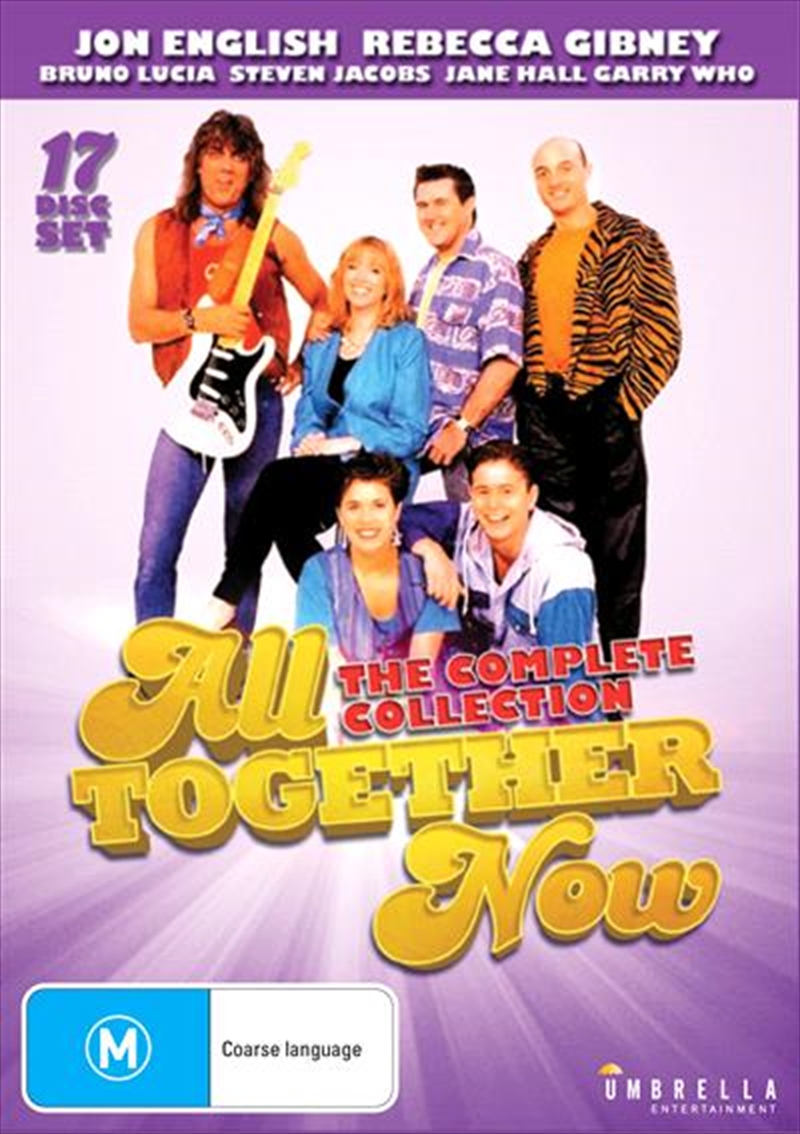 All Together Now | Complete Series

Attempting to close the generation gap, popular Aussie sitcom All Together Now ran for four successful seasons, playing out 101 madcap episodes of nostalgic rock'n'roll fueled family comedy from 1991 - 1993. Back in 1972, Bobby Rivers (Logie winner Jon English, Against The Wind) and his rock band, Still Waters, were at the top of the pop charts with Easy Street, a catchy if not prophetic tune that defined an era of carefree living.Fast forward to 1990, caught in a time-warp Bobby is wistfully reminiscent of a time when long hair, love beads, incense, peace and harmony were part of the zeitgeist. Discovering he is the father of 15 year-old twins, Anna (Jane Hall, Neighbours) and Thomas (Steve Jacobs), its hard to know who will have the hardest time adjusting to the new family. To survive Bobby needs all the help he can get from long time friends Tracy Lawson (Logie and AFI Award winner Rebecca Gibney, Packed To The Rafters), Wayne Lovett (Bruno Lucia) and Doug Stevens (Garry Who). Guest stars abound in this collection, including Aussie icons:John Wood, Tina Arena,John Waters,Don Lane, Gary Sweet, Kim Gyngell, Georgie Parker, Radha Mitchell, Ray Martin and and Gus Mercurio. Featuring all 101 side-splitting episodes plus an assortment of hilarious out-takes and extras, the complete boxset of All Together Now is packed with fun music references, turmoil on the home front and good old fashioned family pathos as Bobby comes to terms with the overwhelming, unfamiliar responsibilities of being a rock'n'roll father.

Title: All Together Now | Complete Series