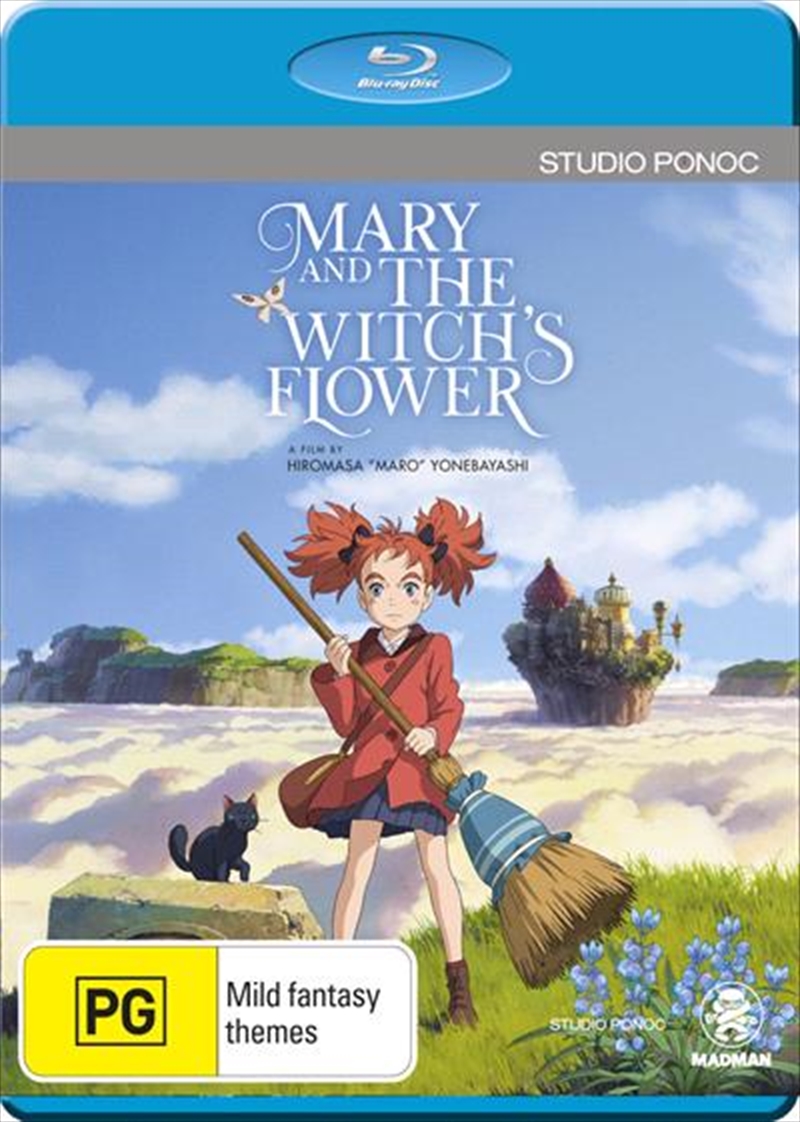 Mary And The Witch's Flower Blu-Ray

One day, while spending the summer with her great aunt, Mary follows an odd cat into the nearby woods. There she stumbles upon flowers which hold a strange, luminescent power that brings a broomstick to life which then, in a heartbeat, whisks her above the clouds and off to a strange and secret place. It is here she finds Endor College a school of magic! Even though the penalties for imposters are harsh, Mary enters the Endor College campus. And despite a complete lack of magical knowledge, she demonstrates surprising promising abilities. However, she quickly discovers that all is not as it seems at the school there have been strange experiments taking place behind closed doors, and all too soon, she comes face to face with great danger and a life-changing choice. From Academy Award-nominated director Hiromasa Maro Yonebayashi (Arrietty, When Marnie Was There), and featuring the voices of Ruby Barnhill (The BFG), Kate Winslet (Titanic) and Jim Broadbent (Paddington), Mary and The Witch's Flower is a stunningly animated fantasy adventure, filled with magic, fun and emotion.
TRAILER
DETAILS

Title: Mary And The Witch's Flower