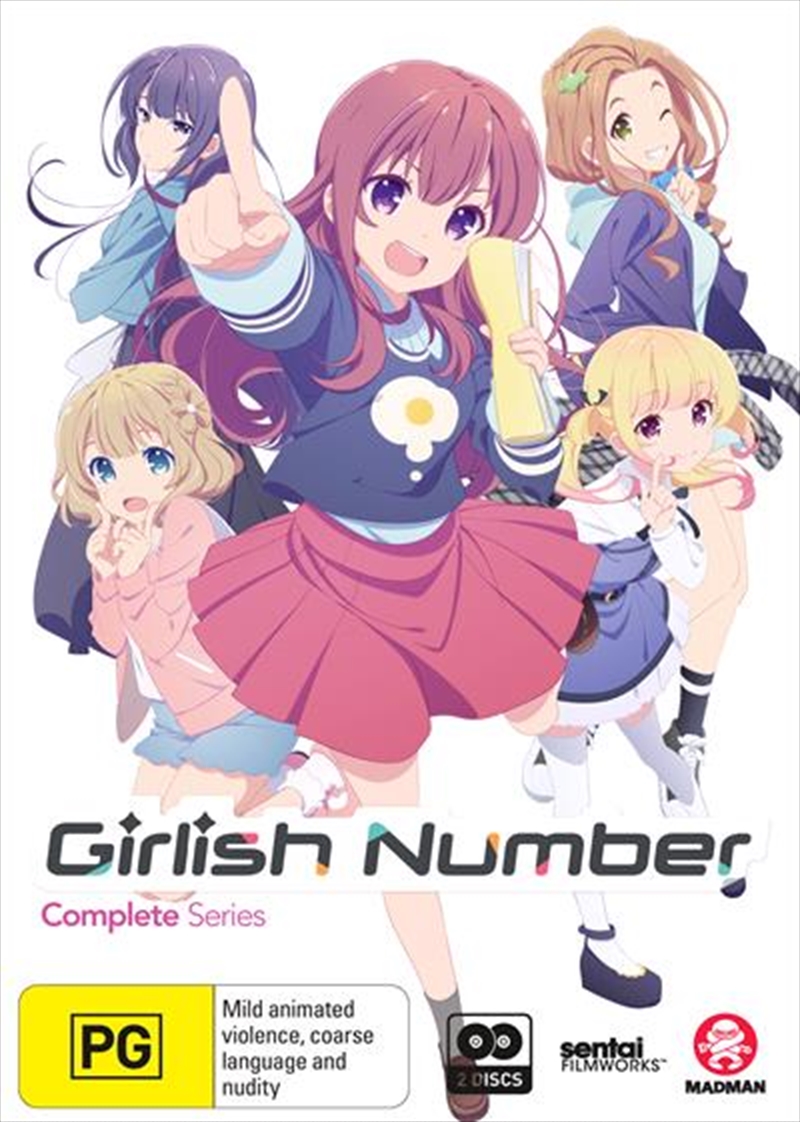 The journey to become the best voice actor!

Chitose Karasuma wants to make it big as a voice actor, but while she looks and sounds adorable, shes also self-absorbed, inattentive, selfish, and lazy. However, since her manager is also her big brother, shes still getting bit parts and dreaming of landing the big role that will make her famous.

Unfortunately, karma bites Chitose in the worst way possible when her big chance finally arrives, because the producers whove hired her are even more clueless than she is! Now, shes trapped in a nightmare production where nothing goes right, the ratings are in the toilet, and swimsuit photos and live stage shows take priority over making quality programming!

Can Chitose and her fellow trapped actresses turn things around and save their careers?

Or will they all go down with the sinking ship in GIRLISH NUMBER?