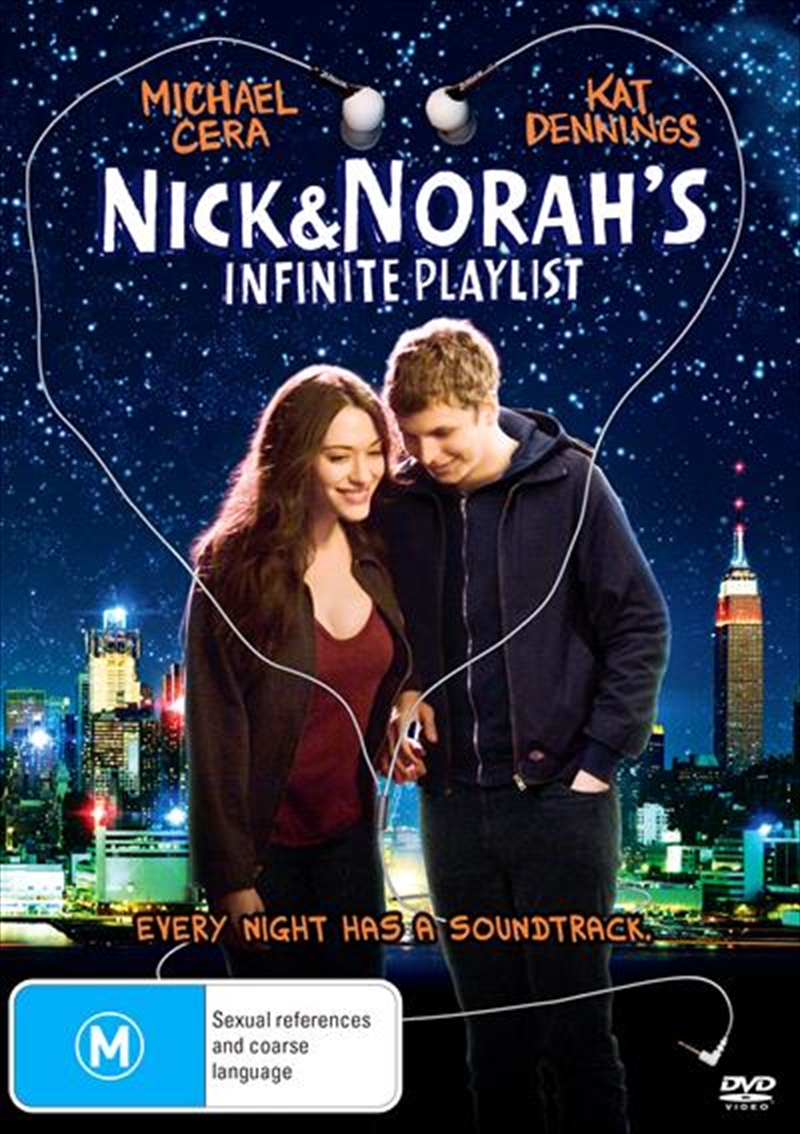 After a chance encounter, Nick and Norah embark on a journey through New Yorks indie rock scene on a quest to find the secret show of a legendary band, and wind up finding each other. Nick (Michael Cera), a high-school senior, can't stop obsessing about Tris, his cute, blonde, conniving ex-girlfriend. Norah (Kat Denning), also a senior and an acquaintance of Tris's, is teased by Tris at a club in New York City, so to show she's popular and has a boyfriend, Norah goes up a stranger, whispers in his ear, and kisses him. It's Nick. Thus begins a night of fits and starts between Nick and Norah as they share a love of music, hunt for an elusive band scheduled to play somewhere that night, and keep running into Tris and Norah's on-offboyfriend. Both Nick and Norah have to figure out what they want.
TRAILER
DETAILS