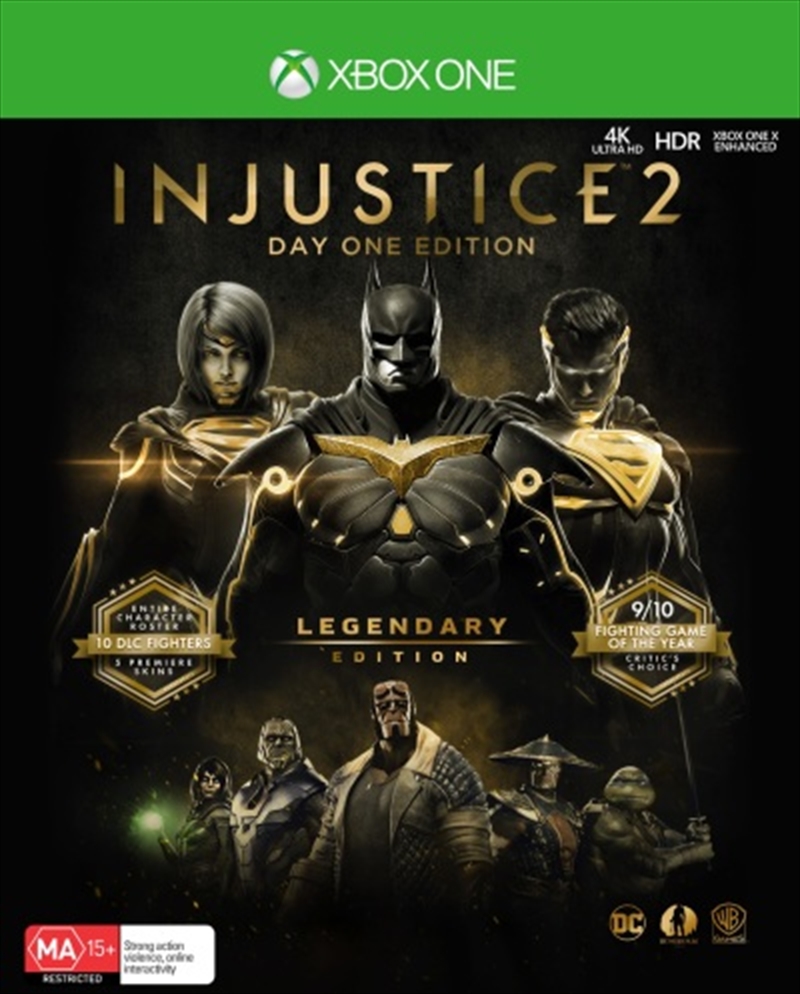 Injustice 2 is the super-powered sequel to the hit game Injustice: Gods Among Us that allows players to build and power up the ultimate version of their favourite DC characters. Featuring a massive selection of DC Super Heroes and Super-Villains, players can personalize iconic DC characters with unique and powerful gear earned throughout the game. Additionally, for the first time, gamers can take control of how their characters look, fight and develop across a variety of game modes.

Injustice 2 - Legendary Day One Edition, the upcoming version of the hit videogame Injustice 2, named Fighting Game of the Year by the 21st D.I.C.E. Awards and The Game Awards 2017. Available beginning March 28 for PlayStation4, PlayStation4 Pro, Xbox One, Xbox One X and PC via Steam and the Microsoft Store, Injustice 2 - Legendary Edition offers the ultimate DC Super Hero and Super-Villain fighting game experience and packages the main game with the following downloadable content:

In addition to the packaged content, enhancements that will be available with Injustice 2 - Legendary Edition include:

The introduction of the Learn Hub, the game's expanded tutorial

New Gear items for all characters have been added

The character level cap is increased to 30

A new Augment Slot is available at level 30