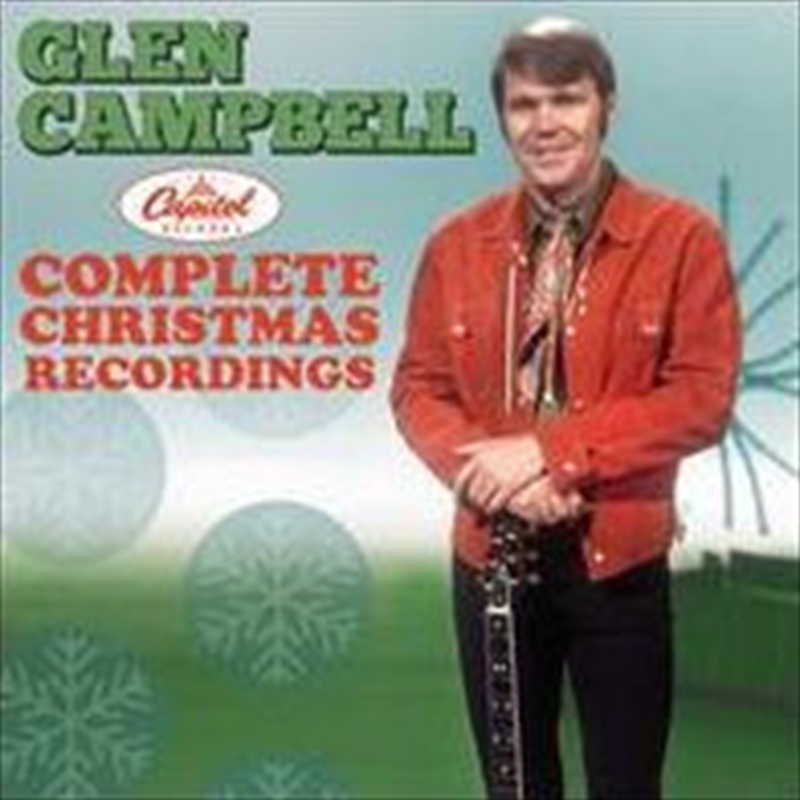 Real Gone's 2015 compilation The Complete Capitol Christmas Recordings is anchored on 1968's That Christmas Feeling LP, but it also has seven bonus tracks -- five of which were recorded between Glen Campbell's golden age of 1969-1972, while the other two were newly recorded cuts from 1990 intended for the budget-line comps Christmas for the 90s.

That Christmas Feeling is very much of piece with Campbell's '60s LPs -- it's soft and warm, its strings don't flair but are woven into the structure of the arrangements -- and it's a perfect foil for Campbell's honeyed voice. Plus, the song selection is terrific: it relies on standards from the Great American Songbook -- "Christmas Is for Children," "It Must Be Getting Close to Christmas," "Have Yourself a Merry Little Christmas," "Blue Christmas" -- with Roger Miller's "Old Toy Trains," and Willie Nelson's "Pretty Paper" functioning as country coloring. It's a terrific holiday record: the songs are strong, unmarred by a silly novelty, and the feel is as cozy as spending a snowy evening inside by the fireplace.

The bonus tracks are a little spotty -- the recitation of "The Night Before Christmas" feels cornball, but the 1972 sides "I Believe in Christmas" and "New Snow on the Roof" are nice; the production on the 1990 cuts are too clean but the sensibility remains the same -- but it's still nice to get this all in one place.

Christmas Is for Children

It Must Be Getting Close to Christmas

Have Yourself a Merry Little Christmas

I'll Be Home for Christmas

The Night Before Christmas

I Belive in Christmas

New Snow on the Roof