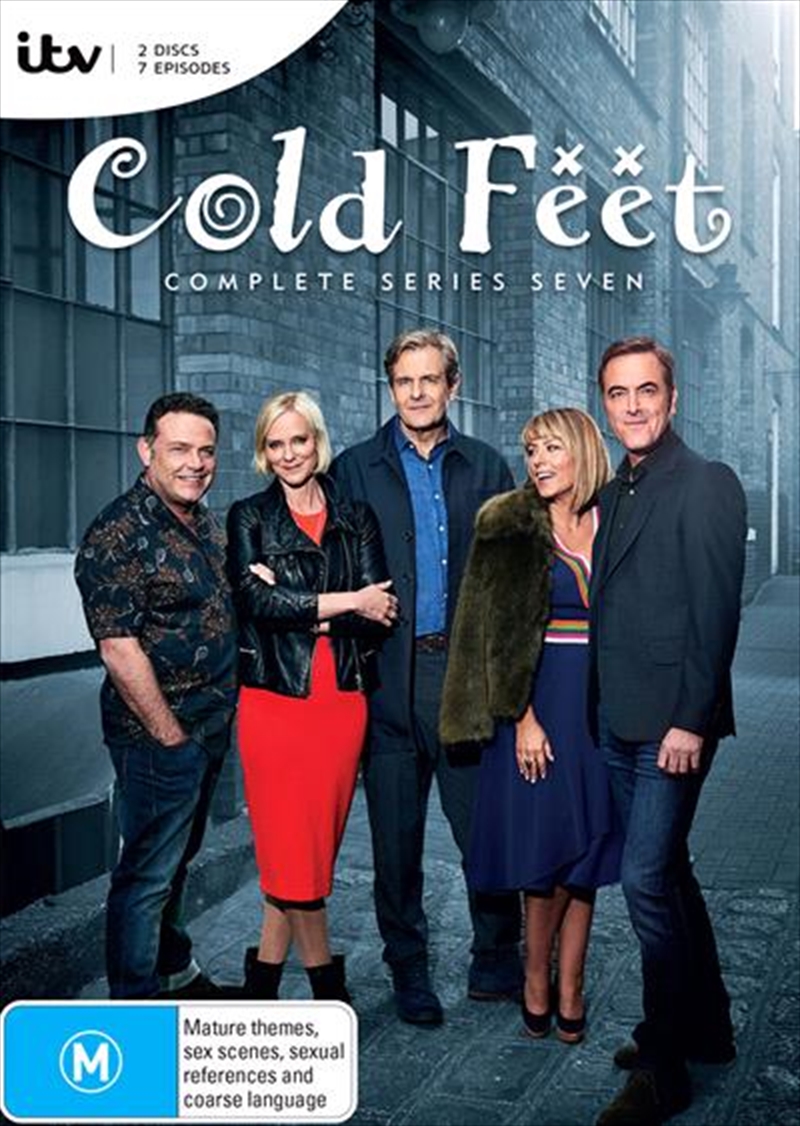 DESCRIPTION
Series 6 saw an eagerly awaited return of this much-loved hit drama and now the gang are back! Adam, Pete, Jenny, Karen and David have returned all singing and dancing. Adam has won Tinas heart, the question is, can he keep it? Petes come a long way since teetering on the edge and his new outlook on life has given Jenny the chance to embrace hers, but at what cost? On the surface Karen appears to have it all and the gang look on in envy as she hosts a lavish party to launch her new publishing house. Its a bittersweet moment for David whos reduced to going door-to-door selling insurance to unsuspecting pensioners. Surely theres a better way to make ends meet? Laced with comedy and tragedy, the big stories and daily minutiae of life are observed and tackled in a way that only Cold Feet can.
DETAILS