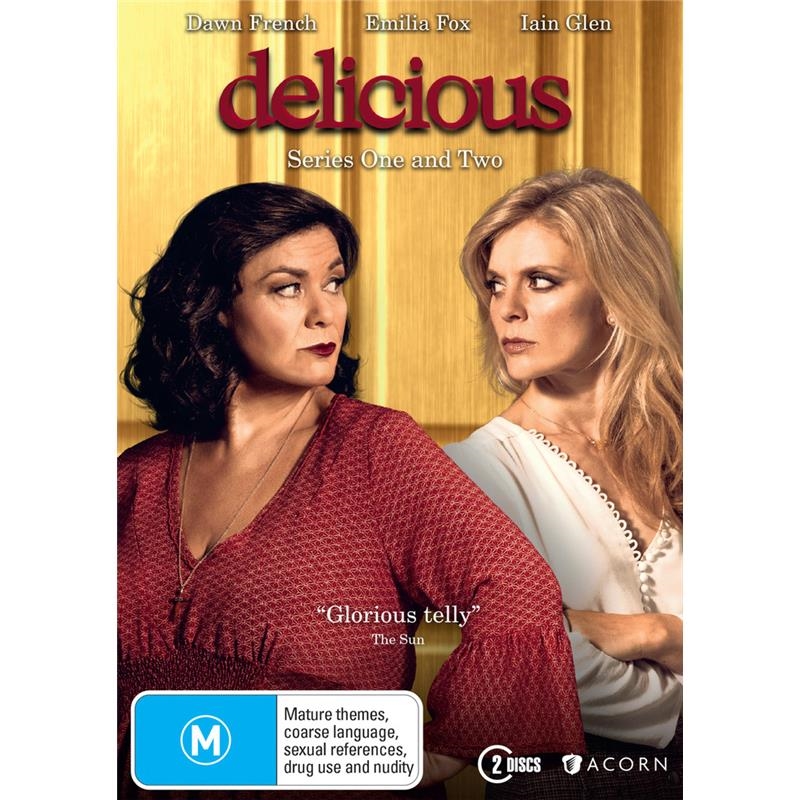 Delicious is an honest and compelling story of love, sex, lies and betrayal, where things are never as they seem.

Series 1 - Passionate cook Gina (Dawn French) was once married to Leo Vincent (Iain Glen), a successful entrepreneur, chef and hotel owner in Cornwall. Leo owes much of his success to Gina's exceptional cooking, but since leaving her for the glamorous Sam (Emilia Fox), his business has continued to thrive. When Sam has suspicions that Leo is having an affair she confides in Gina, confident that she'll recognise the signs. But the secrets and scandals that spill out are proof that sleeping with another woman's husband is never a good idea even if he was your husband first. As Sam and Gina try to fix their broken families, will a friendship rise from the ashes of betrayal or will they tear each other apart?
Series 2 - Since our last visit to the Penrose Hotel, Gina and Sam's business has been booming, their fragile friendship has lasted, and they are on the lookout for a new protege in the kitchen. Unfortunately, it's not long before the dynamics of family, love, rivalry and life start to get in the way of their tranquillity. Not least when Gina's estranged father (Franco Nero) turns up at the doorstep combined with further surprises from the past and the impact of Leo's legacy...
DETAILS