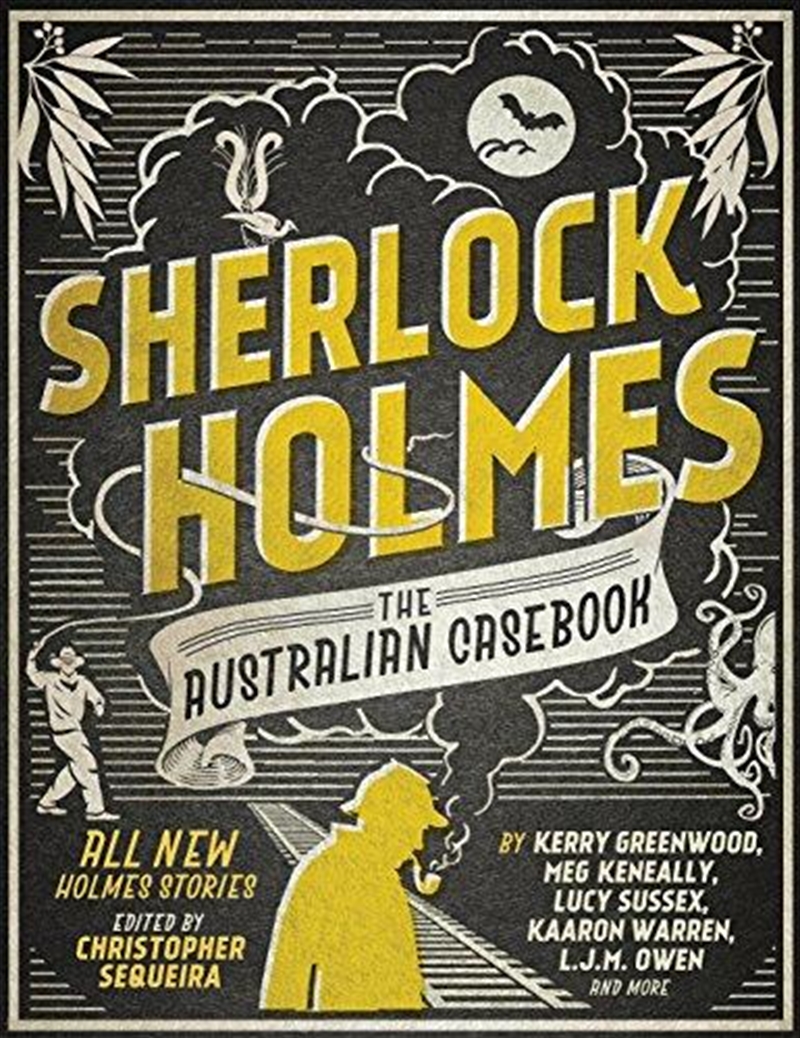 SEE MORE IN:
Sherlock
DESCRIPTION
It is the year 1890. Sherlock Holmes' fame has spread even to the colonies as he and his stalwart chronicler, Dr John Watson, are swept up in an array of mysteries 'down under'. They find themselves summoned from location to location, traversing all corners of the strange island continent of Australia, challenged with mysteries and a geographical and cultural landscape with which they are unfamiliar.

From eerie shadows on cave walls, to an actor's most grisly curtain call, an abduction by a demon, and an inexplicable drowning, to the odd affair of the reputed biggest man in Australia, a purloined bunyip, and to sinister, bearded bushrangers, the tales within this collection provide fresh perspective to the Holmes phenomena and will intrigue, delight and entertain readers.