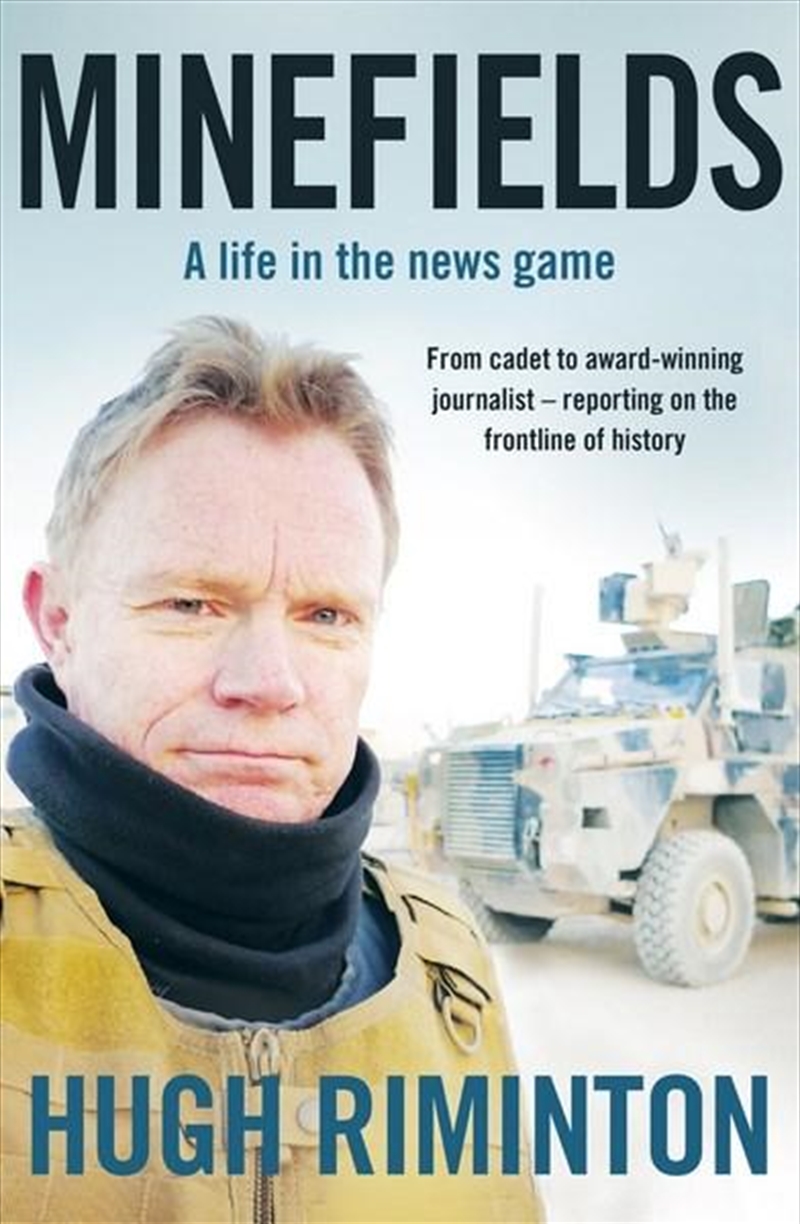 Shipping - See delivery options.
Postcode:
Quantity:
SEE MORE IN:
Biographies
DESCRIPTION
MINEFIELDS is Hugh Riminton's bestselling memoir of over forty years on the front line of the news game. It is proof that, 'if you go looking for trouble, you'll probably find it'.Over nearly 40 years as a journalist and foreign correspondent, Hugh Riminton has been shot at, blown up, threatened with deportation and thrown in jail. He has reported from nearly 50 countries, witnessed massacres in Africa, wars and conflicts on four continents, and every kind of natural disaster. It has been an extraordinary life. From a small-town teenager with a drinking problem, cleaning rat cages for a living, to a multi-award-winning international journalist reporting to an audience of 300 million people, Hugh has been a frontline witness to our times. From genocide in Africa to the Indian Ocean tsunami, from wars in Iraq and Afghanistan, to slave-trading in Sudan, Hugh has seen the best and worst of human behaviour. In Australia, he has covered political dramas, witnessed the Port Arthur Massacre and the Thredbo disaster and broke a major national scandal. His work helped force half-a-dozen government inquiries.Entertaining, deeply personal and quietly wise, MINEFIELDS is a compelling exploration of a foreign correspondent's life.'His story is a triumph' SYDNEY MORNING HERALD
DETAILS