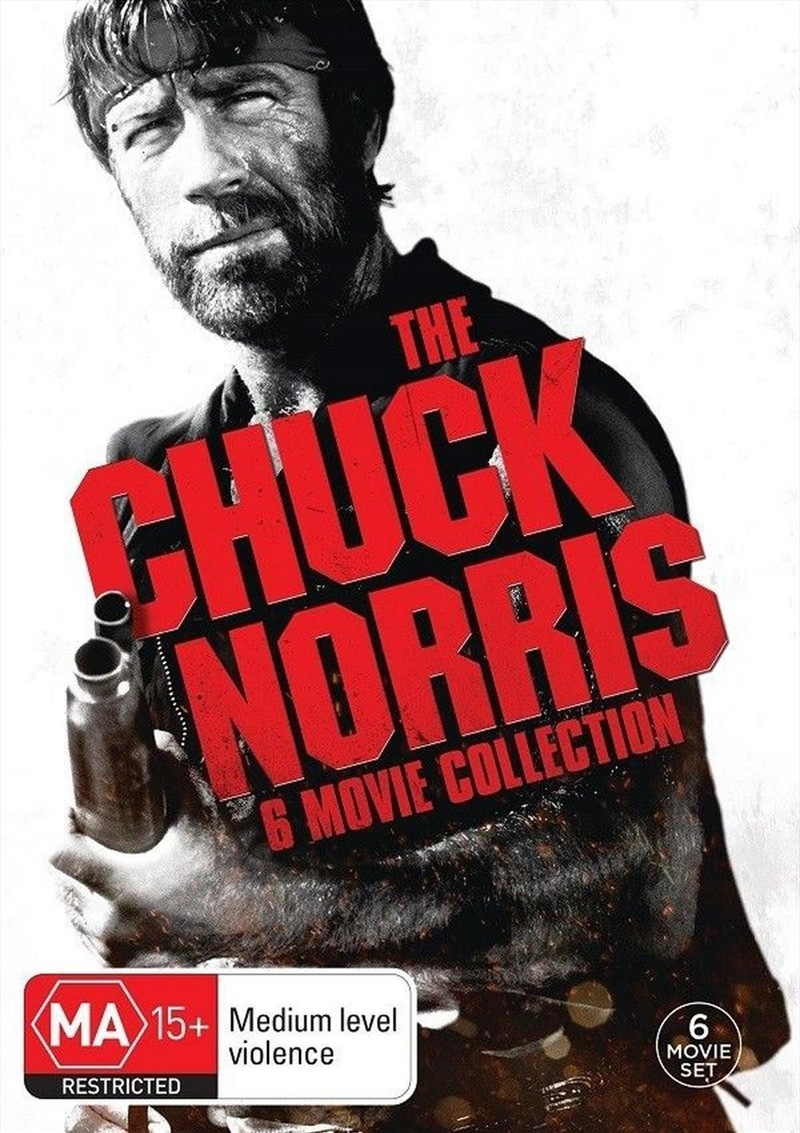 Invasion USA
When America faces invasion for the first time in history, it’s up to one-man army Matt Hunter (Norris) to wage war upon the enemies of freedom. On suburban streets, in shopping malls, and even in churches, the fi repower explodes in megaton fury…and death-defying stunts escalate into a heart-stopping climax when Hunter, America’s dooms-day weapon, launches his fi nal plan.

Hero And The Terror
Homicide detective Danny O’Brien (Norris) is known simply as “Hero” for having brought down L.A.’s most vicious serial killer: Simon Moon (JackO’Halloran), a.k.a. “The Terror.” But for years, O’Brien has secretly been haunted by the fact that his capture of Moon was a fl uke. When The Terror escapes from jail and returns to his old killing ways, O’Brien fi nally gets the chance to earn his glorifi ed reputation…if his monstrous enemy doesn’t destroy him first!

The Delta Force
When a U.S passenger plane is seized by vicious hijackers and taken to Beirut, the President calls in THE DELTA FORCE - a crack team of commandos led by Colonel Nick Alexander (Marvin) and Major Scott McCoy (Norris). Against all odds, the men blast into the compound and - taking no prisoners - rescue the hostages. But the mission is not yet over. A few remaining passengers are being “escorted” to Teheran, initiating a desperate race against time as Alexander and McCoy try to save them - and avenge America’s honor - before it’s too late.

Delta Force 2
When notorious drug lord Ramon Cota (The Untouchables’ Billy Drago) captures a team of American narcotics agents - as well as a member of McCoy’s elite Delta Force commando unit - and imprisons them in his remote San Carlos compound, The Delta Force charges into action, waging war against Cota’s powerful cocaine empire. Against all odds, McCoy and his squad must fight their way to a blistering fi nal battle to free the hostages and destroy the ruthless criminal mastermind.

Missing In Action
American servicemen are still being held captive in Vietnam – and it’s up to one man to bring them home. Following a daring escape from a Vietnamese POW camp, Special Forces Colonel James Braddock (Norris) is on a mission to locate and save remaining MIAs. Aided by a beautiful State Department official (Lenore Kasdorf) and a former army buddy (M.Emmet Walsh), Braddock amasses top secret information and state - of - the - art weaponry. Now this one-man army is prepared to blast his way into Vietnam…but will he be able to blast his way back out?

Lone Wolf McQuade
Legendary renegade Texas Ranger J.J McQuade (Norris) is fi erce with his gun - but lethal with his black belt! When his teenage daughter’s life is threatened by hijackers attempting to steal a truck full of weapons and ammunition, the job becomes personal for McQuade. Uncovering a colossal arms-smuggling outfi t that is selling guns and ammo to terrorists all over the world, McQuade comes face to face with its kingpin, Rawley Wilkes (Carradine) - a world-renowned martial arts expert who has never lost a battle! Does the Ranger have what it takes to save his daughter and his honour - or has he finally met his match, and ultimately…his demise?