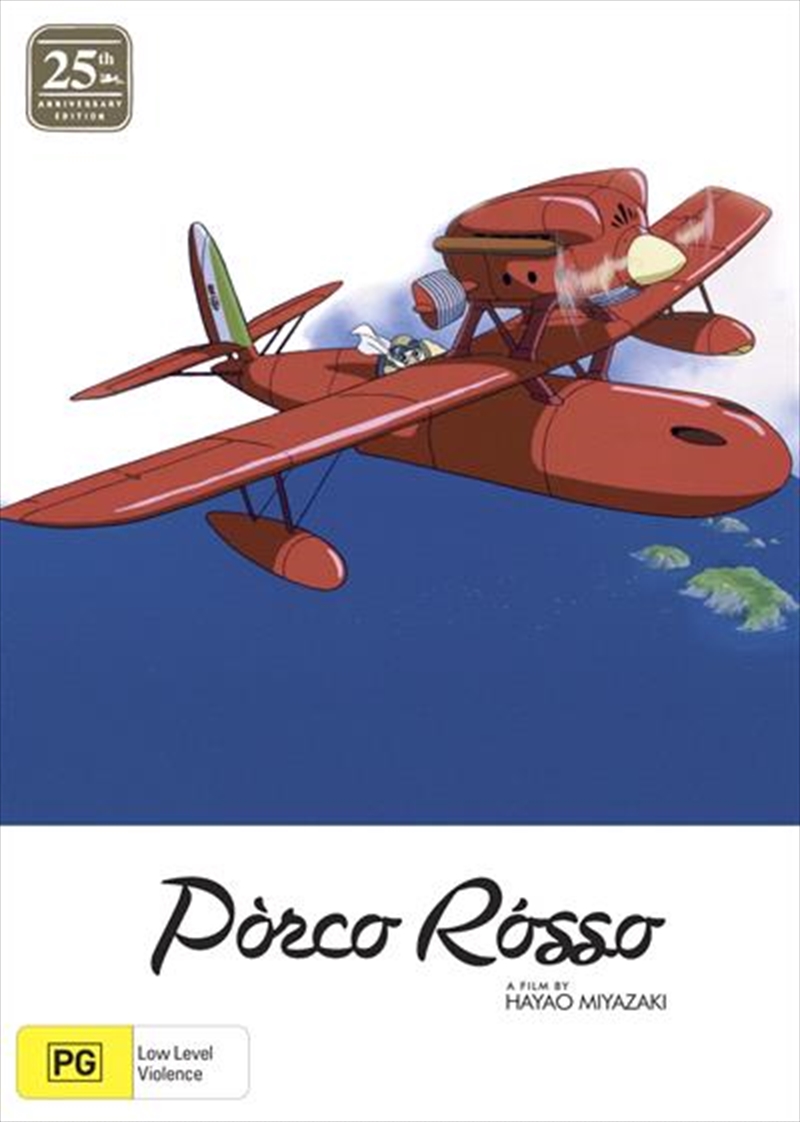 This Porco Rosso 25th Anniversary Limited Edition features both a DVD and Blu-Ray of the film and the Art of Porco Rosso hardcover book, along with exclusive postcards and a collectable coin, all in beautiful artbox packaging. World War I has ended, and peace reigns again. Aviators from around the world circle above the Adriatic Sea, keen to recapture the romanticism of flight lost during the war. Many have turned to air piracy, in amongst which a hero emerges: a man with a pigs head, known as Porco Rosso (once an Italian air force pilot called Marco Paggot). As mercenary law-enforcer of the skies and oceans, Porco Rosso protects cruise ships from the air pirates above them. When his actions are challenged by Curtis, an American who flies with the pirates, Porco Rosso is forced to defend his honour against the newcomer, which leads him to Fio, a feisty young engineer who rebuilds Porcos plane for the big dogfight.
TRAILER
DETAILS