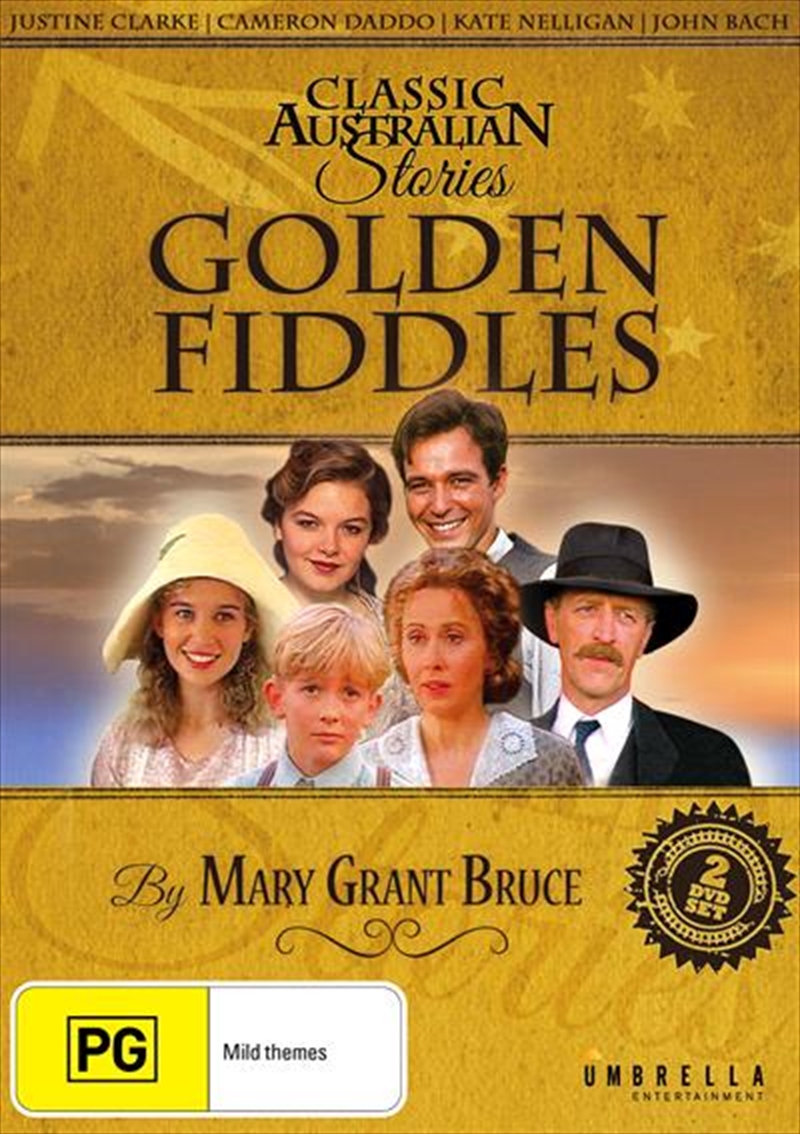 Check store availability
DESCRIPTION
A heartwarming story for all the family told in four hours from the South Australian Film Corporation.

Adapted from the 1928 novel by Mary Grant Bruce, authour of the popular Billabong series of children's books, Golden Fiddles is a life-affirming family drama, exploring the hardships and ever-present turmoil during the Great Depression. Walter and Anne Balfour's small South Australian farm yields barely enough to feed them and their four children. With little money to speak of and the bank hounding them for monthly mortgage payments, life is anything but blissful. Forced to sell a beloved pony to make ends meet and yearning to provide a better life for his family, Walter is a broken man. But when Anne receives a letter informing her that her recently deceased uncle has bequeathed a sum of over 400,000 pounds the Balfours face a dramatic change in both lifestyle and location. Optimism reigns, with plans to uproot the family and leave their small farm for the bustling city of Adelaide. The Balfours begin an exciting journey, where their good fortune and new-found wealth will challenge and change each and every one of them in ways they never quite imagined. Accurately capturing an era of economic and social upheaval, this Logie Award winning Australian/Canadian miniseries features Justine Clarke (Tangle), Cameron Daddo (Inland Empire), John Bach (The Lord Of The Rings), Rachel Friend (Neighbours), Kate Nelligan (The Prince of Tides), Pippa Grandison (Muriel's Wedding) and Penne Hackforth-Jones (Mao's Last Dancer).
DETAILS