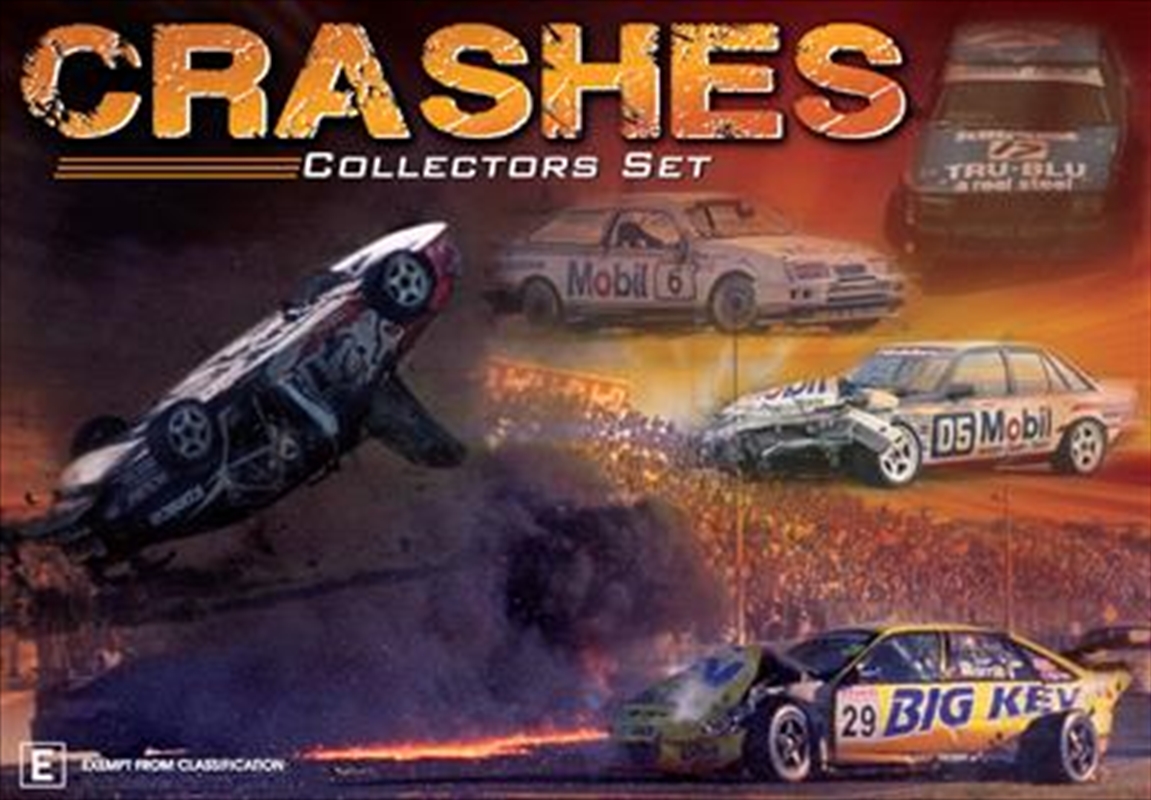 Crashes. Get ready for lots of collision and little precision in this panel-bashing, wall-walloping box set of some of the biggest and most memorable crashes in Australian motorsport history.

It's metal-crunching madness, end-for-enders (and even the near misses) from the 1960's, '70's, '80's, '90's and early 2000's, as we watch Australia's best do battle at Mt Panorama Bathurst and tracks all around Australia in the Australian Touring Car Championship. Some of the incidents were little more than light nudges or scrapes, but then there were those at the other end of the shunt spectrum--the big, bad, ugly, noisy sons of mothers that caused mayhem, tears, as well as dollars and dreams to go right down the gurgler. Relive the early years of V8 Supercars and the moments when the legends of Australian touring car racing were, well, just a little but less than legendary!