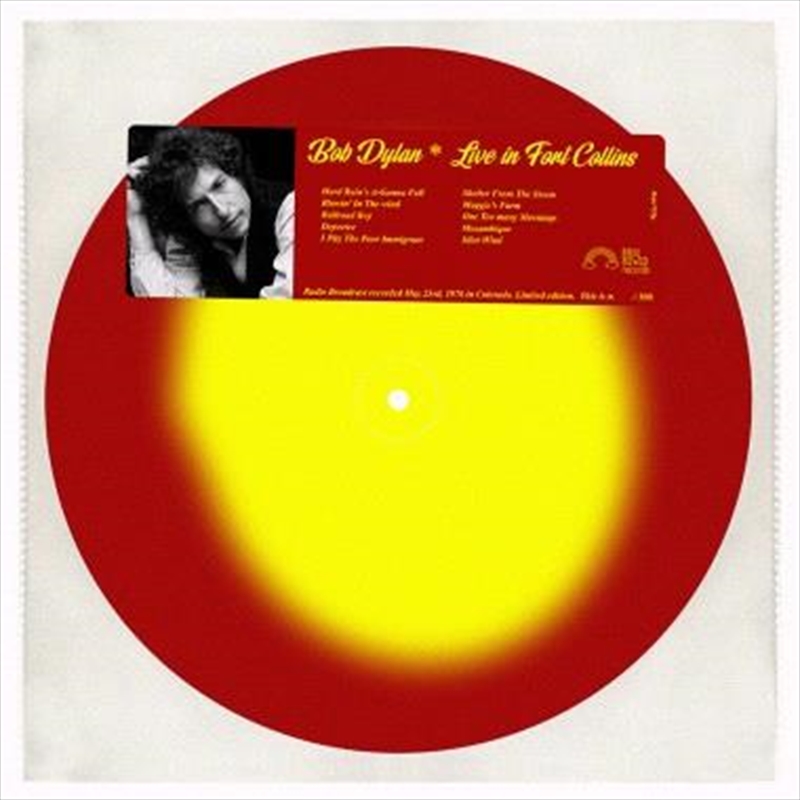 Bob Dylan’s live performances are legendary; from his small Greenwich Village club beginnings, to going electric at Newport, to the incendiary shows across Europe with The Band in 1966. However, in a lifetime of amazing live shows, none are more epic than the Rolling Thunder Revue tour of 1976. Supported by Joan Baez, Jack Elliott, and long-time companion Bob Neuwirth, The Rolling Thunder tour was Dylan at his most unhinged, his most angry, and his most transcendent. Featuring wild, rollicking, powerful arrangements of old classics and recent tunes from Blood On The Tracks and Desire, this 1976 Fort Collins show is capped off by an epic, brutal, “Idiot Wind”.

2.Blowin' In The Wind

5.I Pity The Poor Immigrant

6.Shelter From The Storm

8.One Too Many Mornings