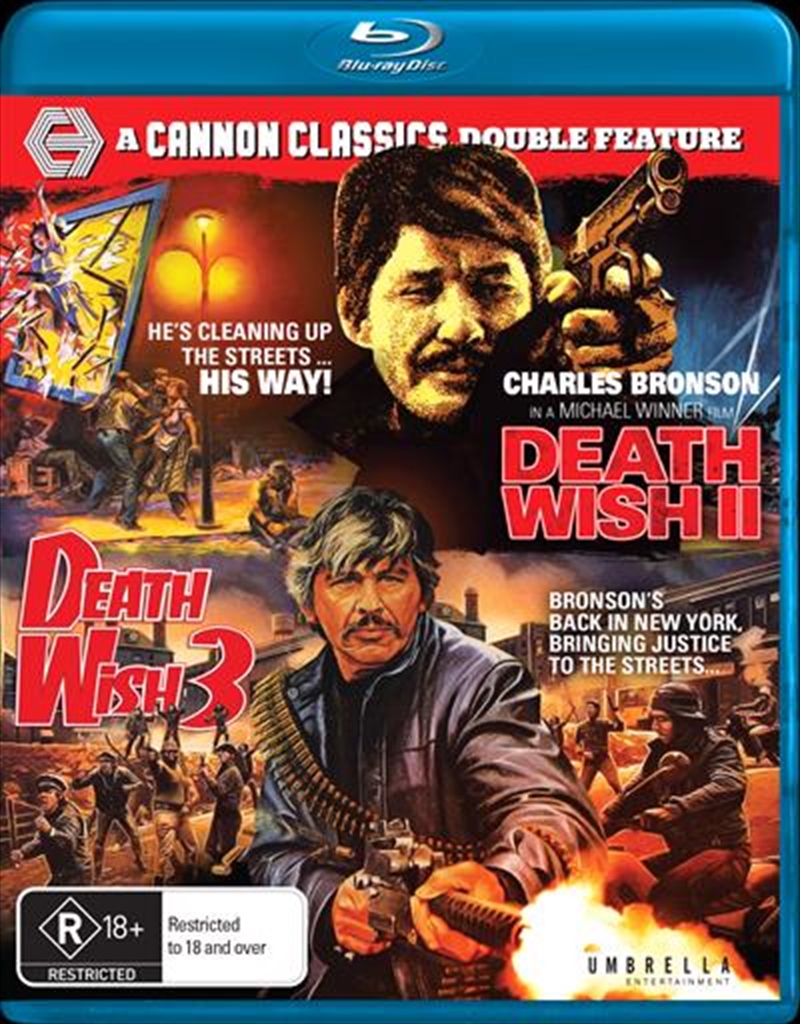 Shipping - See delivery options.
Postcode:
Quantity:
SEE MORE IN:
Bingeworthy Boxsets
Death Wish 2 - In an attempt to put his grisly past behind him, Paul Kersey (Charles Bronson) has moved to Los Angeles to begin life anew. But with his daughter (Robin Sherwood) haunted by previous trauma, the shadow of torment is never far away. After a violent altercation with a bunch of street thugs, Kersey is once again a marked man. A legacy of violence is unleashed as Kersey sets out to track down the five thugs who have turned his life upside down and provided him with an insatiable drive for vengeance.
Death Wish 3 - Paul Kersey (Charles Bronson) arrives in New York to visit an old friend, but is horrified to find him the victim of a brutal attack. Kersey snaps back into his old ways - gearing up as the silent avenger once more - ready to strike back against injustice and wage bloody war against the city's growing population of thugs and reprobates.Directed by Michael Winner (Death Wish), also starring Jill Ireland, Vincent Gardenia, Laurence Fishburne, Martin Balsam and Ed Lauter and featuring a dynamic soundtrack by Led Zeppelin's Jimmy Page, Death Wish 2 and 3 continue the legacy of no-holds-barred one-man justice, where vengeance is the name of the game.