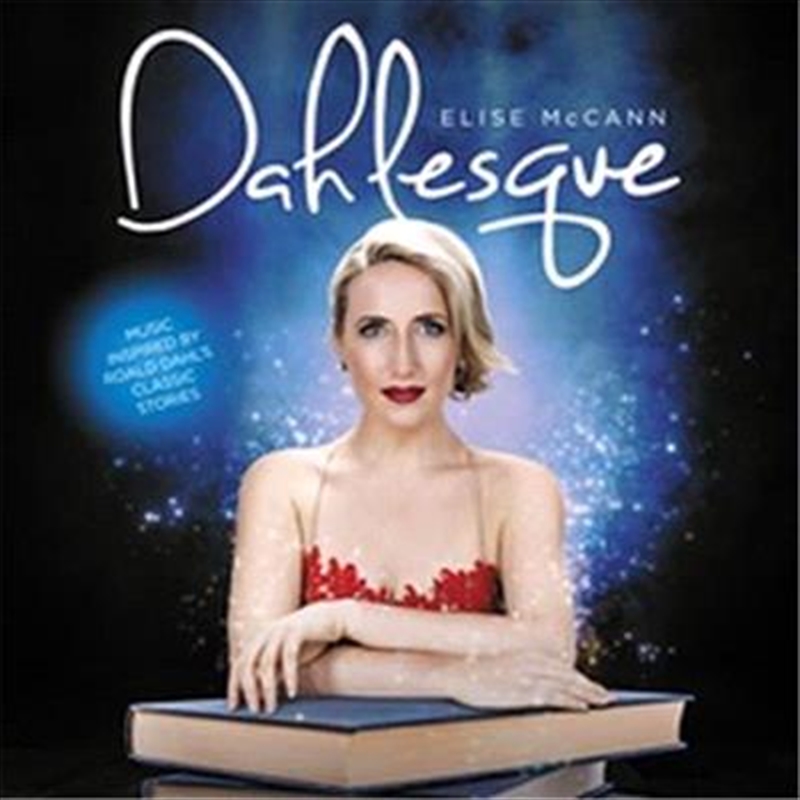 Elise McCann – the delightful, award-winning Miss Honey from the smash-hit musical Matilda – brings alive her life-long love of the stories of Roald Dahl with an entrancing new album: Dahlesque. One of the world’s most popular authors, Roald Dahl has captured the imagination of millions of children and adults with his tales of fun and fear. Dahl’s characters speak immediately to generations, and the blockbuster films and musicals that they have inspired have become instant hits. In this irreverent and gloriumptious offering, Elise McCann draws on these beloved adaptations to present the fantastical imagination and wickedly unforgettable characters of this master of storytelling. There are songs by Tim Minchin from Matilda (Naughty, The Smell of Rebellion and My House); hits from Willy Wonka and the Chocolate Factory from Leslie Bricusse’s Academy-Award-nominated score; and songs from Marc Shaiman’s 2013 Charlie and the Chocolate Factory, which ran for an astonishing 1293 days in the West End. All of these songs are brought to life by the Helpmann-winning actress and vocalist Elise McCann, accompanied by a nine-piece band. The physical edition contains two bonus tracks, Little Red Riding Hood & The Wolf and Three Little Pigs from Revolting Rhymes, set to music by acclaimed Musical Director and composer Stephen Amos.

1. It Must Be Believed To Be Seen

Charlie and the Chocolate Factory The Musical

4. Everywhere That You Are

James and the Giant Peach

Willy Wonka and the Chocolate Factory

6. Middle of a Moment

Willy Wonka and the Chocolate Factory

9. The Smell of Rebellion