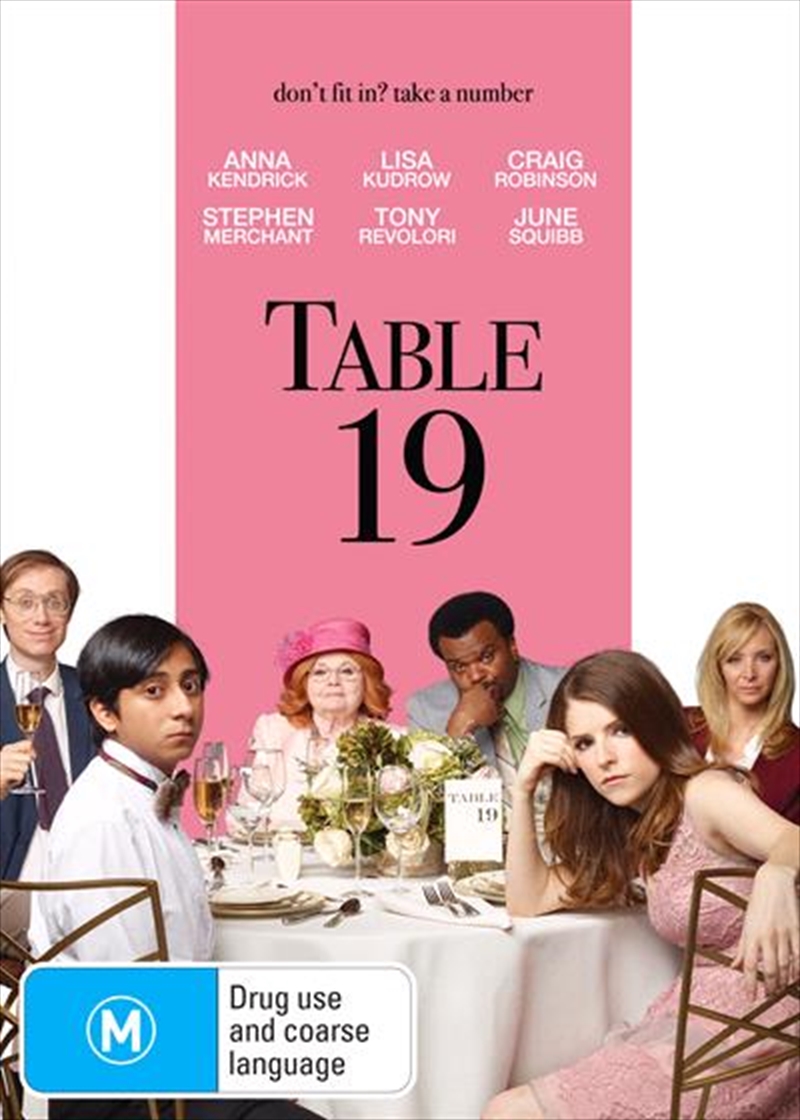 Shipping - See delivery options.
Postcode:
Quantity:
SEE MORE IN:
3 for $30 Movies & More
DESCRIPTION
You're invited to the wedding of the season.

Eloise, having been relieved of maid of honor duties after being unceremoniously dumped by the best man via text, decides to attend the wedding anyway, only to find herself seated with five fellow unwanted guests at the dreaded Table 19.
TRAILER
DETAILS