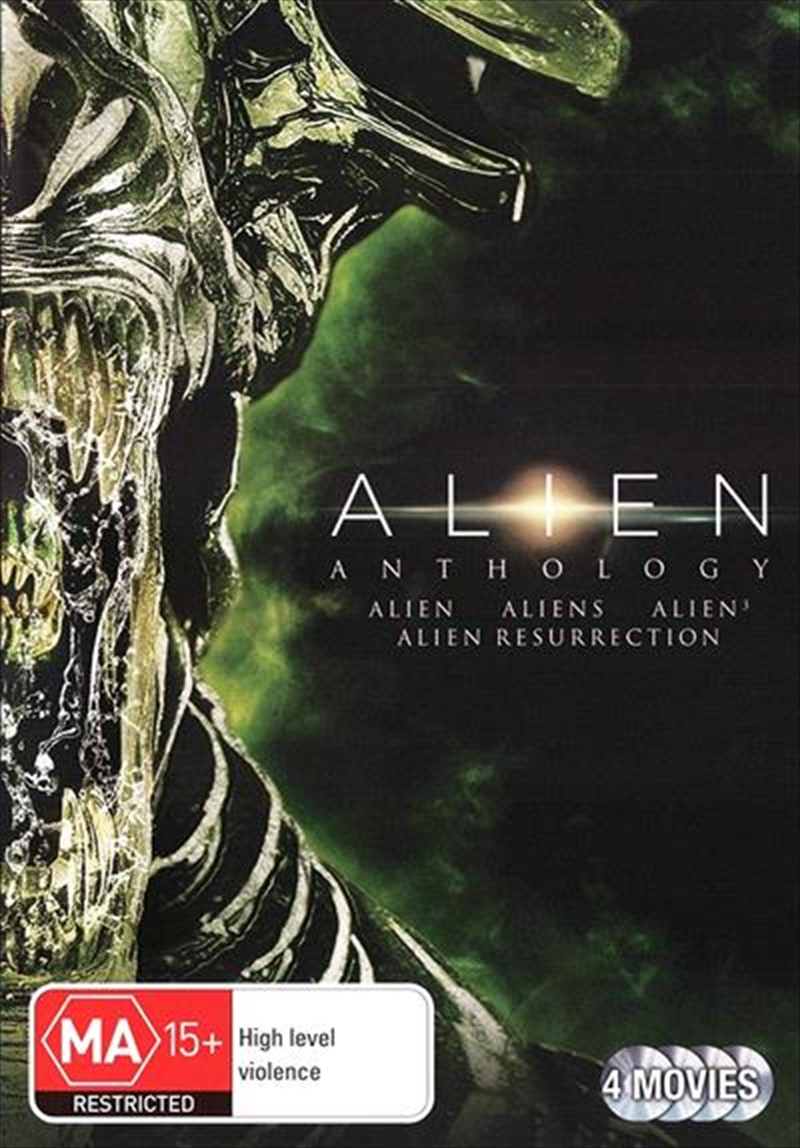 Shipping - See delivery options.
Postcode:
Quantity:
SEE MORE IN:
Up To 50% Off Boxsets Bingeworthy Boxsets Movie Collections
The Alien Anthology is a truly unique home entertainment experience. For the first time ever, Fox has united the material from every home video release of the Alien saga including the 1991/1992 laserdisc releases, the 1999 Legacy release and 2003s groundbreaking Alien Quadrilogy release into one complete collection.
The set also includes two versions of each film and over four hours of previously unreleased exclusive material such as original screentests of Sigourney Weaver prior to filming the original Alien, unseen deleted scenes, thousands of still photographs from the Fox archives, the previously unseen original cut of Wreckage and Rage: The Making of Alien3, and much, much more!
Alien:
In space no one can hear you scream. The nightmare begins when the crew of a spaceship investigate a transmission from a desolate planet, and discover a life form that is perfectly evolved to annihilate mankind. Sigourney Weaver stars as the iron-willed Ripley, who is destined to battle the galaxy's ultimate creature.
Aliens:
This time it's war! Sigourney Weaver reprises her role as warrant officer Ripley in this blockbuster sequel to the smash hit "Alien." Filled with dazzling special effects and fueled by a tension-filled script laden with non-stop surprises, "Aliens" is a riveting, first-rate thriller that's become a sci-fi classic and has been hailed as a masterpiece of its genre.
Alien3:
Lt. Ripley (Sigourney Weaver) is the lone survivor when her crippled spaceship crash-lands on Florina 161, a bleak wasteland inhabited by former inmates of the planet's maximum-security prison. Ripley's fears that an alien was on board her craft are confirmed when the mutilated bodies of ex-cons begin to mount. Without weapons or modern technology of any kind, Ripley must lead the men into battle against the terrifying creature. And soon she discovers a horrifying fact about her link with the alien, a realisation that may compel her into a final, desperate act.
Alien - Resurrection:
200 years have passed since Ripley (Sigourney Weaver) made the ultimate sacrifice in Fiorina 161. But over the years, and after seven horrific failures, scientists have finally cloned a perfect replica of Ripley, which includes the alien Queen growing insider her at the time of her death. But this new breed of alien is far more intelligent than its predecessors - a fact the scientists don't realize until after The Betty has arrived with additional human hosts.