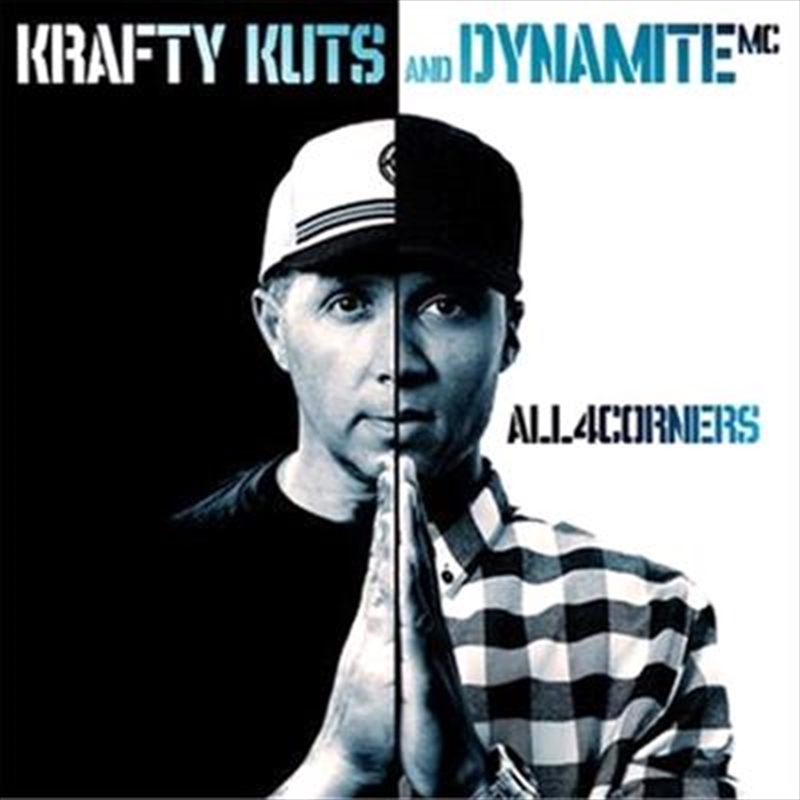 SEE MORE IN:
Under $15 Music
DESCRIPTION
Breakbeat pioneer and Against The Grain label head, Krafty Kuts, is teaming up with master of ceremonies Dynamite MC on his third studio album 'All 4 Corners'. Since his last LP, 'Let's Ride', back in 2012, Krafty Kuts has been honing his craft with single releases, as well as his legendary 'golden era' mixes, which have received over a million downloads since launching in 2014. Krafty now brings his sound headfirst into 2017 with this fifteen-track album, 'All 4 Corners'.

Never one to settle on any specific genre, Krafty has incorporated elements of bass, grime, future-funk, hip-hop and everything in between. Infusing the fresh lyricism of Melbourne-based rapper Ivan Ooze, with his timeless beats on 'Can I Get', Krafty shows his ability to put his own spin on any genre he touches. Effortlessly moving from breakbeat bliss in 'Rev It Up', to a trap infused number with 'Firework', and from the upbeat groove of 'Voices' to a dub-heavy cut with Pavan (Foreign Beggars) on 'Boom Bangin', Krafty Kuts' production versatility knows no bounds.

Another album highlight comes in the form of 'It Aint My Fault', which features hip hop royalty and Jurassic 5 member, Chali 2na. Also illustrating Krafty's ability to pull in the best rappers in the game is 'War Is Over', which was released at the end of last year to great fanfare. With Example, Harry Shotta, and Dynamite laying down the bars, this is undoubtedly one of the standout tracks of the album.

Boasting a resume that’s second to none, with two award-winning solo albums, countless EPs and remixes on a myriad of labels from OWSLA to Southern Fried, Krafty Kuts has established himself as one of Britain's most coveted producers and turntablists, over his 15 year career. Currently on tour with Dynamite MC and with fans in every corner of the world, Krafty is no stranger to playing far flung festivals and events. The title of his upcoming album is a nod to the Brighton-born legend’s incredible global reach.