Witness For The Prosecution, The 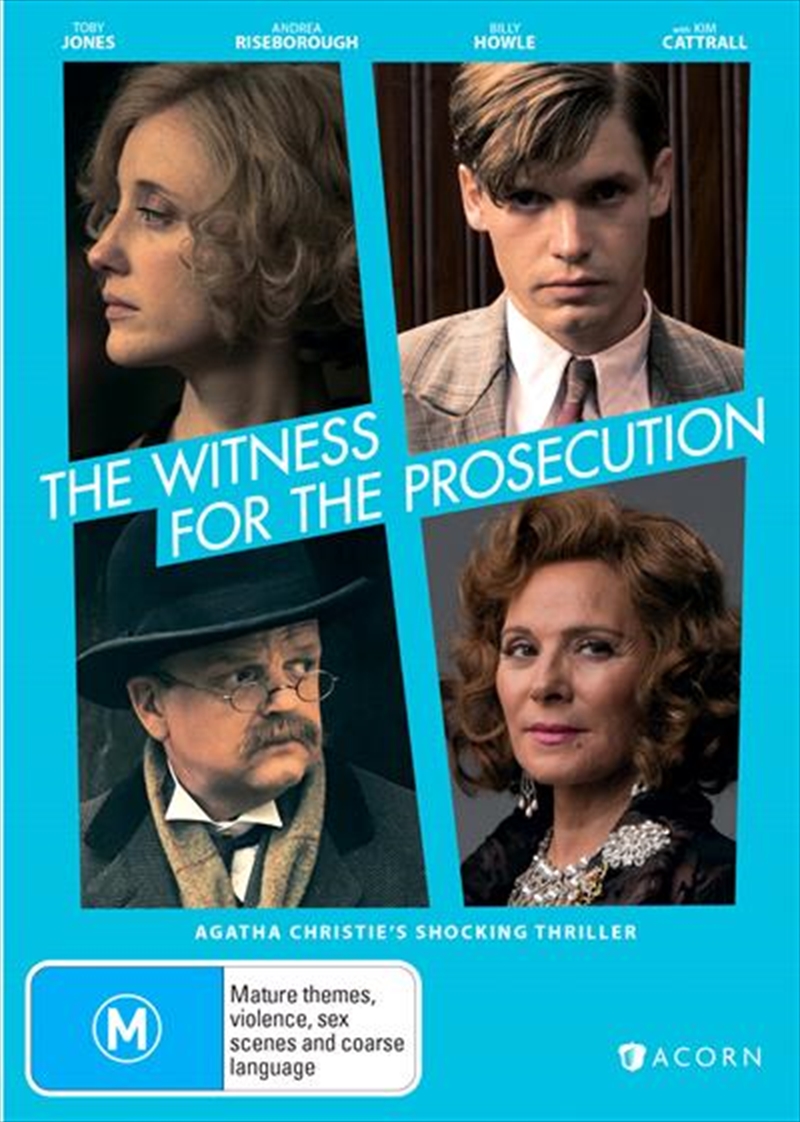 Witness For The Prosecution, The

DESCRIPTION
THE MAJOR new BBC adaptation of Agatha Christies The Witness For The Prosecution from renowned screenwriter Sarah Phelps (Great Expectations, The Casual Vacancy, And Then There Were None). Featuring a stellar all-star cast including Toby Jones (Detectorists, Tinker Tailor Soldier Spy), Andrea Riseborough (Bloodline, National Treasure), Kim Cattrall (Sensitive Skin, Sex and the City), David Haig (The Thick Of It, Mo), Billy Howle (The Sense of an Ending, Cider with Rosie), and Monica Dolan (Appropriate Adult, The Casual Vacancy) and adapted from Agatha Christies short story of the same title, the series reunites the team behind last years critically acclaimed And Then There Were None.Its 1920s London and the glamorous heiress Emily French (Kim Cattrall) has been found brutally murdered in her handsome townhouse. A young, handsome chancer, Leonard Vole, (Billy Howle) is accused of the crime and it seems like an open and shut case. His penniless solicitor, John Mayhew (Toby Jones), clings to the hope that Leonards wife Romaine (Andrea Riseborough), an enigmatic chorus girl, will provide the alibi to save his life; but she soon proves to be a far from reliable witness.As Mayhew starts to connect with Leonard, his need to prove the young mans innocence becomes more than a professional obligation. Betrayed by his wife and with the odds stacked against him, all seems lost for Leonard until a piece of evidence surfaces that could change everything.
TRAILER
DETAILS

Title: Witness For The Prosecution, The