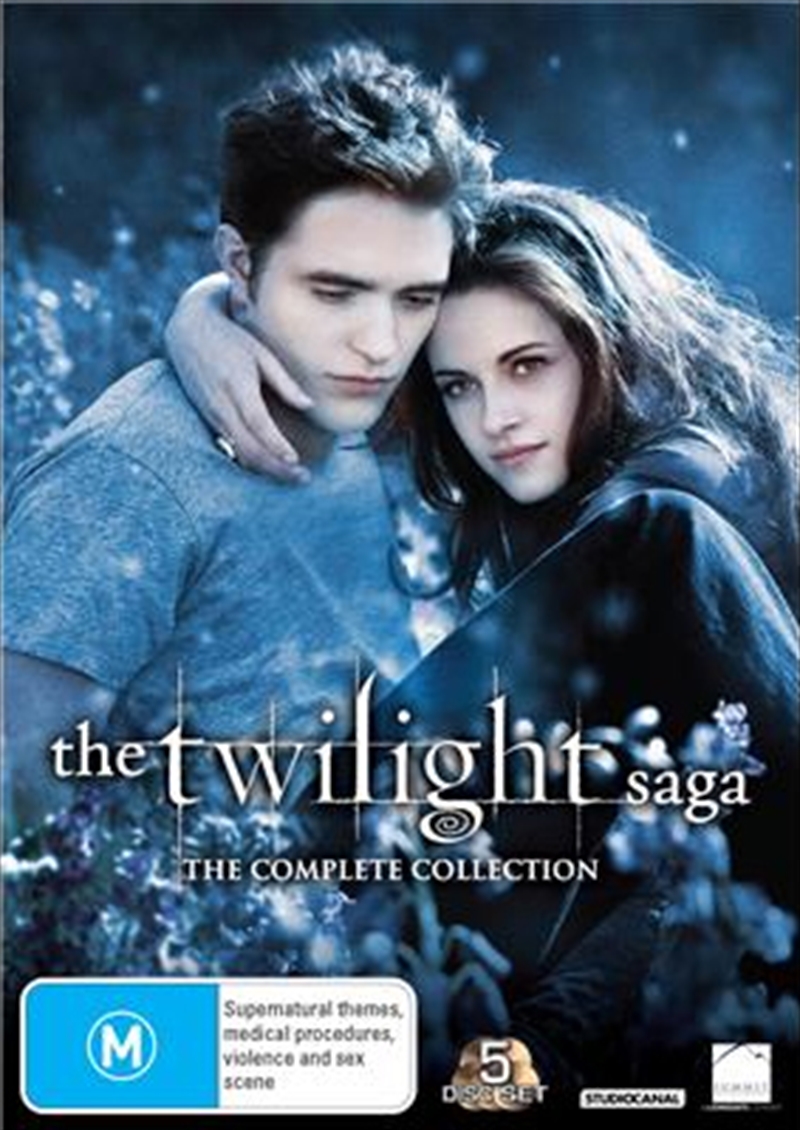 Twilight
Bella Swan doesn't expect much when she moves to the small town of Forks, Washington, until she meets the mysterious and handsome Edward Cullen - a boy who's hiding a dark secret; he's a vampire. As their worlds and hearts collide, Edward must battle the blood lust raging inside him as well as a coterie of undead that would make Bella their prey. Based on the #1 best-selling sensation by Stephenie Meyer, Twilight adds a dangerous twist to the classic story of star-crossed lovers

The Twilight Saga: New Moon
In the second chapter of Stephenie Meyer’s best-selling Twilight series, the romance between mortal Bella Swan and vampire Edward Cullen grows more intense as ancient secrets threaten to destroy them. When Edward leaves in an effort to keep Bella safe, she tests fate in increasingly reckless ways in order to glimpse her love once more. But when she’s saved from the brink by her friend, Jacob Black, Bella will uncover mysteries of the supernatural world that will put her in more peril than ever before.

The Twilight Saga: Eclipse
In the third chapter of Stephenie Meyer’s phenomenal Twilight series, Bella Swan is surrounded by danger as Seattle is hit by a string of murders and an evil vampire continues her quest for revenge. In the midst of it all, Bella is forced to choose between her love, Edward Cullen and her friend, Jacob Black – knowing that her decision may ignite the ageless struggle between vampire and werewolf.

The Twilight Saga: Breaking Dawn – Part 1
In the highly anticipated fourth instalment of The Twilight Saga, a marriage, honeymoon and the birth of a child bring unforeseen and shocking developments for Bella (Kristen Stewart) and Edward (Robert Pattinson) and those they love, including new complications with werewolf Jacob Black (Taylor Lautner).

The Twilight Saga: Breaking Dawn – Part 2
In the final chapter of The Twilight Saga phenomenon, the birth of Bella (Kristen Stewart) and Edward's (Robert Pattinson) child brings conflict between Bella and her lifelong friend, Jacob (Taylor Lautner), and an all-out war between the Cullens and the Volturi.