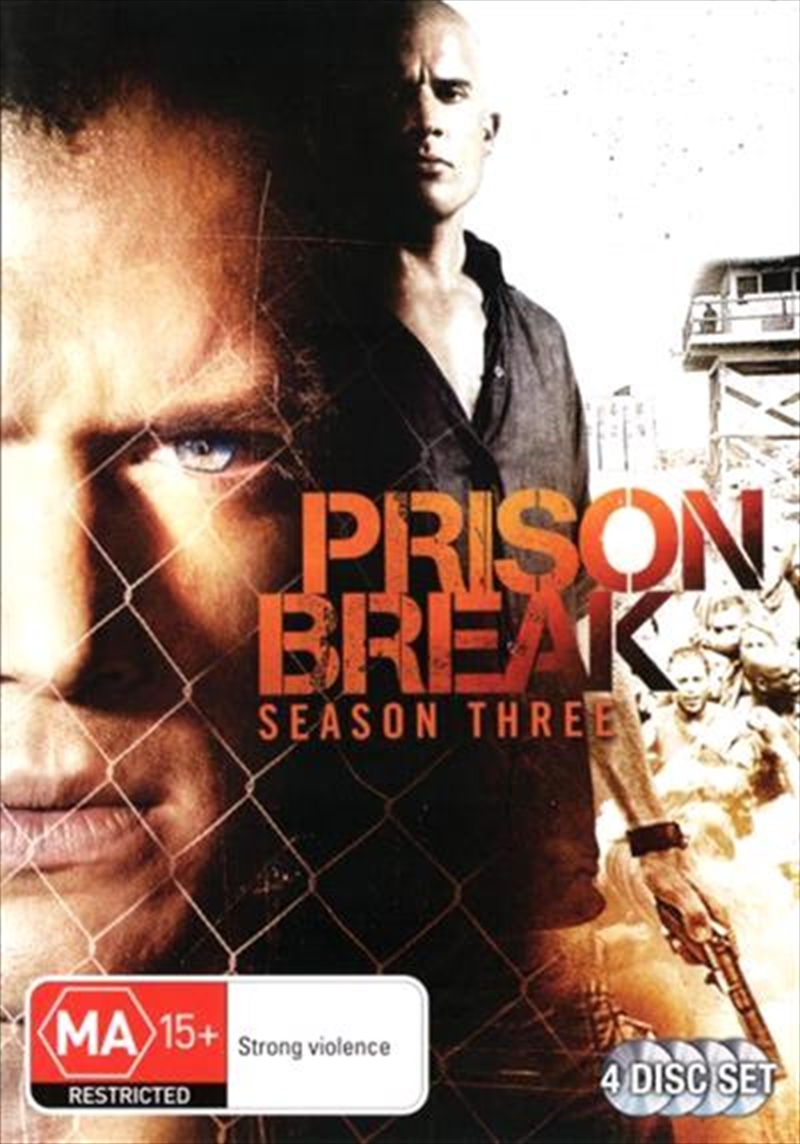 DESCRIPTION
Escaping Prison was Just the Beginning, Escaping the Country is now the priority

In "Prison Break" Season Three, Michael Scofield (Wentworth Miller) must now fight to survive inside Sona, a hellish Panamanian prison where the only rule is brutal violence and the only way out is in a body bag. So with time running out, Lincoln Burrows (Dominic Purcell) scrambles desperately to free his bother along with the only man who can deliver Lincoln's captive son from the sinister clutches of The Company. Packed with intense action and white -knuckle plot twists, Season Three is Prison Break's most explosive yet, and this time, there's no way out! Scolfield, morally-deprived TBag, former-guard Bellick and FBI Agent Mahone, must not only fight to survive but also plan the most dangerous prison escape yet. Garnering multiple Emmy nominations and a People's Choice Award for Favourite Television drama, "Prison Break" stars Golden Globe nominee Wentworth Miller (The Human Stain, Underworld), heart-throb Dominic Purcell ("John Doe," Blade: Trinity), Amaury Nolasco (Street Kings, Transformers), Robert Knepper (Hostage), Jodi Lyn O'Keefe (She's All That) and William Fichtner (Crash).
TRAILER
DETAILS