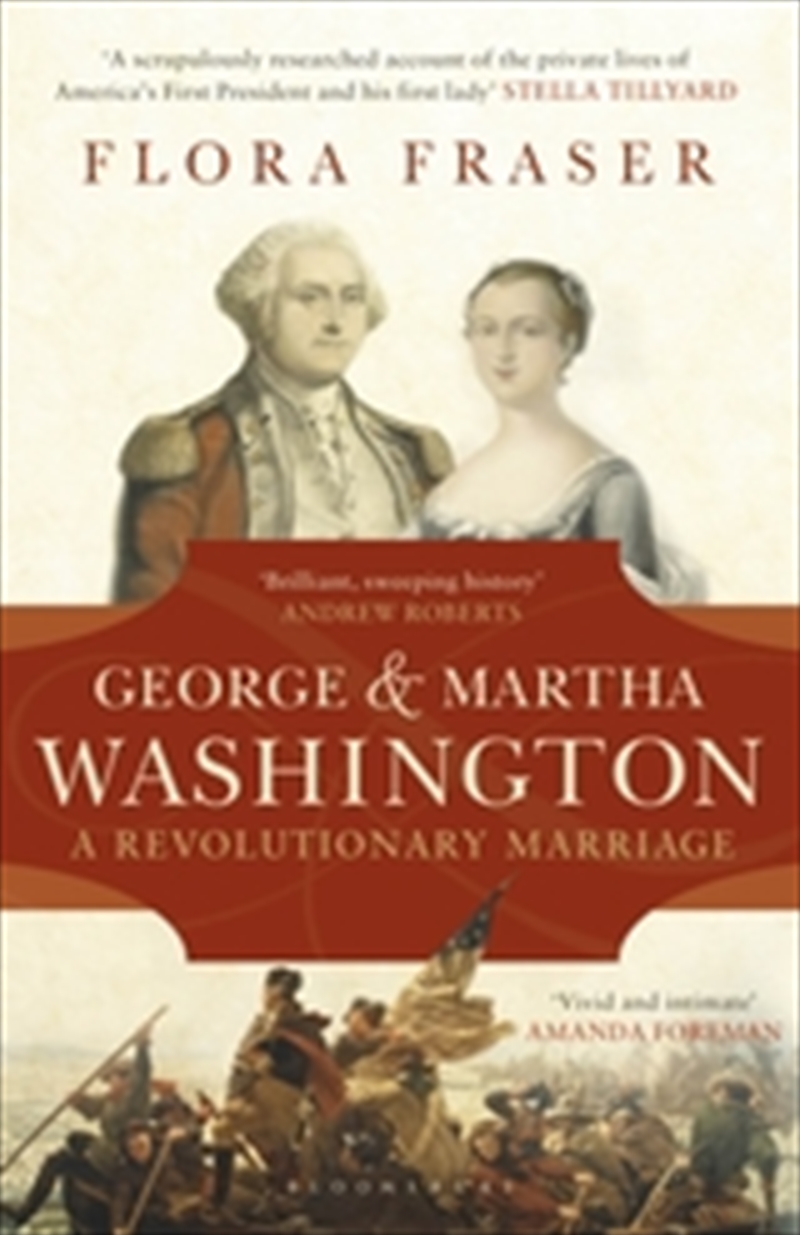 George and Martha Washington, of Mount Vernon, Virginia, were America's original first couple. From the 1750s, when young soldier George wooed and wedded Martha Dandridge Custis, a pretty and rich young widow, to the forging of a new nation, Flora Fraser traces the development, both personal and political, of an historic marriage.
The private sphere their love of home and country, the two children Martha brings to this union from a previous marriage, and the confidence she instilled in her beloved second spouse forms the backdrop to an increasingly public partnership. The leading role played by Virginia in the resistance to British taxation galvanised the pair, radicalising their politics, and in 1775 George Washington was appointed commander-in-chief of the American 'rebels'.
In the eight harsh years of the American War of Independence which followed, Martha's staunch support for her husband never wavered. But the eventual victory at Yorktown in 1781 and Washington's retirement which followed were overshadowed by the death of her son, Jacky.
Interweaving the progress and reversals of war - the siege of icebound Boston, the loss of New York and the crossing of the Delaware - with George and Martha's private joys and sorrows, this is a mesmerizing rendering of two formidable characters.
Flora Fraser's revealing account is the first scholarly portrait of a union which owed its strength in equal measure to both parties. in a narrative enhanced by a close reading of personal, military and presidential papers, Fraser brings George and Martha Washington to life afresh- he, a man who aspired to greatness; and she, a woman who, when tested, proved an ideal spouse to commander and president alike.
DETAILS