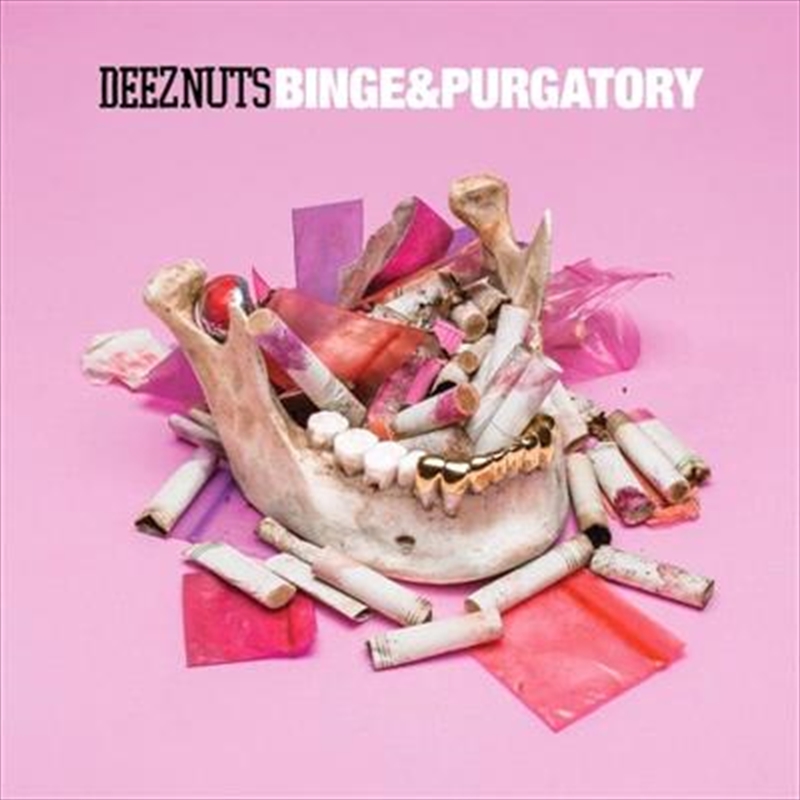 Since their inception in 2007 the Australian/American hardcore outfit DEEZ NUTS would release four ARIA-charting albums, the latest of which was 2015’s Top-20 slammer, Word Is Bond , which also hit the German charts at #34. The fearsome four—frontman JJ Peters, guitarist Matthew “Realbad” Rogers, drummer Alex Salinger, and bassist Sean Kennedy—spent the next year-plus on the road, traveling to and performing for audiences in Russia, Europe, North America, and Australia. They also happened to write a new full-length. “We traveled the globe non-stop,” says JJ Peters. “With some of our oldest friends. We made a lot of new ones along the way as well. We’ve all had successes and failures in personal life and business. Some of us have loved. Some of us have lost. Thankfully, we lived to tell the tale on Binge & Purgatory.”

Recorded with producer Andrew Neufeld (Comeback Kid) and engineer Shane Frisby (Bury Your Dead, The Ghost Inside) at The Brick HitHouse in Cape Cod, Massachusetts, Binge & Purgatory is a no-holds-barred barrage of hardcore attitude with hip-hop style. It’s the kind of album circle pits are made for. It’s the kind of album that turns house parties into major restoration projects. It’s the kind of album that flies high honor and brotherhood. That DEEZ NUTS had a blast recording Binge & Purgatory speaks volumes of the 13 fist-raising, foot-stomping anthems on offer. “[It was] amazing,” says JJ Peters. “Studio time is always equal parts excitement, fun, and stress. But we came in strong and very prepared this time. Andrew worked with us on Word Is Bond. We wanted him back because he’s not only an amazing musical mind, but one of our best friends. He brings out the best in us.”