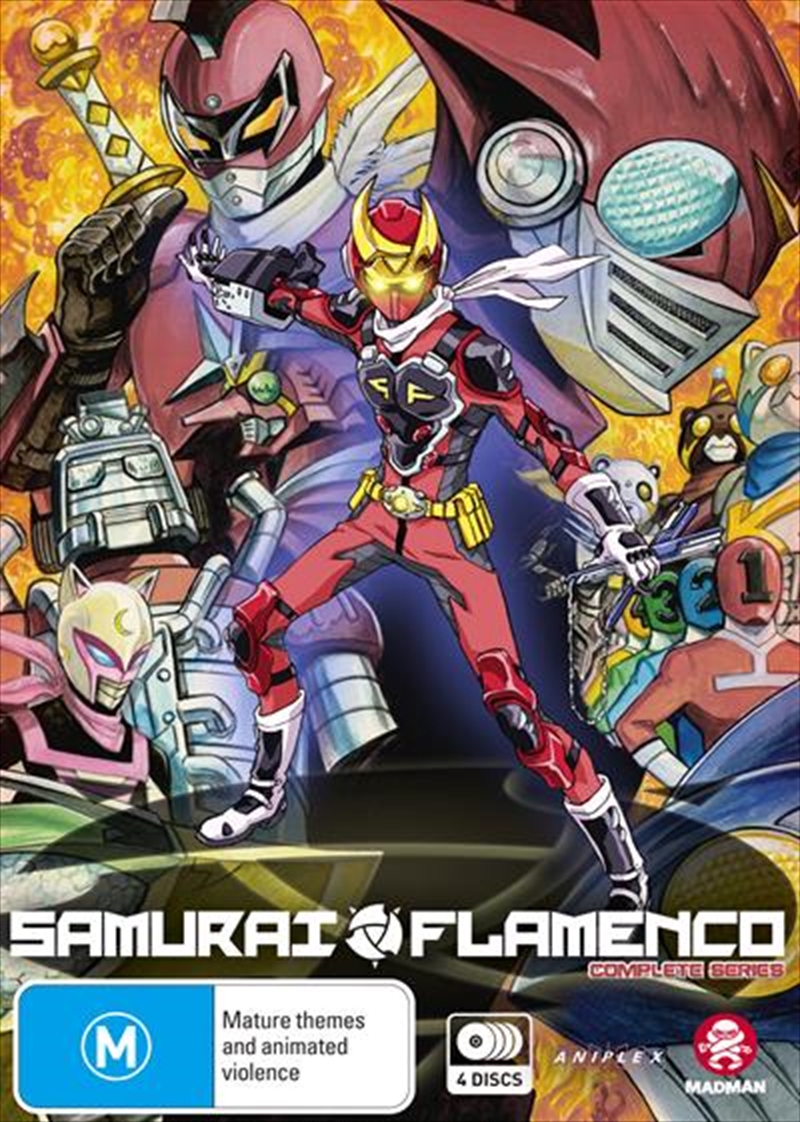 Male model Masayoshi Hazama decides to fulfill his childhood dream of becoming a superhero, despite having no superpowers or the technology to create a high-powered suit. He becomes the hero Samurai Flamenco and begins to fight crime in the name of justice. No crime is too small for him! Police officer Hidenori Goto finds out about Samurai Flamenco and his real identity by a twist of fate, which leads to him getting sucked into the crazy world of vigilante justice. These two young men will come face to face with the hardships of being crime-fighters while discovering what it truly means to be a hero of justice.
DETAILS