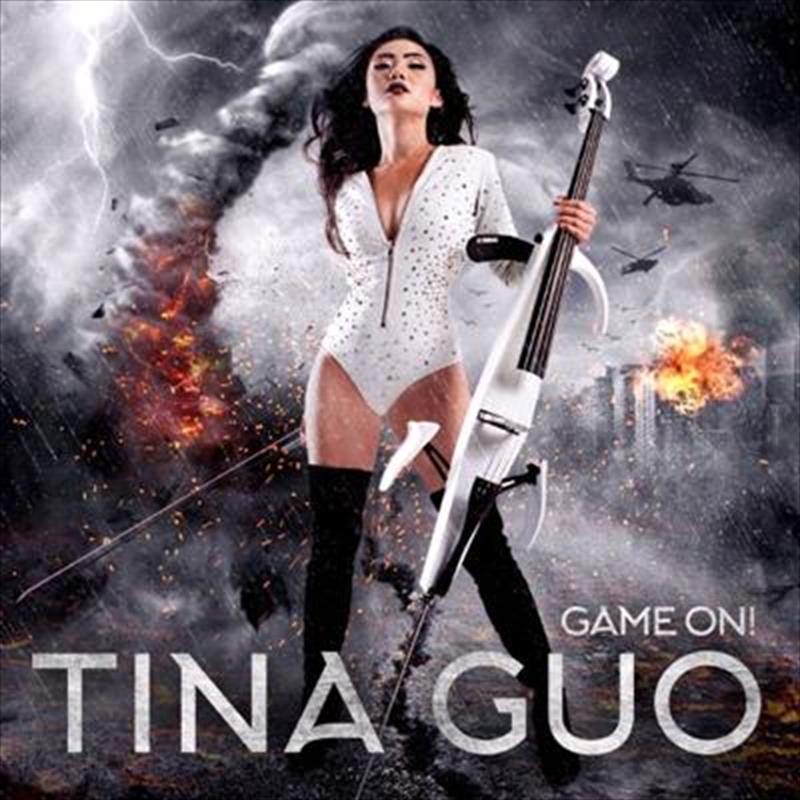 This vibrant and dramatic album showcases some of the most popular and well-known video game music around with epic orchestral arrangements led by Tina Guo’s high-octane solos on electric and acoustic cello.

The blockbuster line-up of video game music included on this eagerly-anticipated album covers the top-selling chart hits ‘Call of Duty’, ‘World of Warcraft’ and ‘Halo’, together with all-time classic and beloved games such as ‘Mario’, ‘Zelda’ and ‘Final Fantasy’, alongside some of the most critically acclaimed titles, revered for their music, including ‘Journey’, ‘Chrono Trigger’ and ‘Metal Gear Solid’.

One of the world’s most versatile musicians, Tina Guo is as much in demand as a soloist with Hollywood’s top composers such as Hans Zimmer, as for her virtuosic skills on classical stages. Tina Guo can be heard on the scores to several recent blockbuster films, TV shows and video games including ‘Batman v. Superman’, ‘Sherlock Holmes’, ‘Inception’, ‘CSI:NY’, ‘Vikings’, ‘Call of Duty: Black Ops II and III’, ‘Diablo III’, ‘Hearthstone’, ‘Journey’, ‘Assassin’s Creed Syndicate’ and many more.

Equally as comfortable in classical concert halls as giant rock arenas, Tina Guo has performed to millions of people across the globe in sold-out venues from Carnegie Hall to Wembley Arena. She has shared the stage with some of music’s biggest names including The Foo Fighters, Stevie Wonder, Justin Bieber, Al Di Meola, Carlos Santana, Far East Movement, Ariana Grande, Skrillex and many more.

Mark Cavell, Senior Vice-President, Sony Masterworks, commented: “Tina is a natural in this repertoire and adds drama and glamour in equal measure alongside her innate talent and musicianship”.

“It’s rare to see classical being given a heavy metal makeover in quite so emphatic a fashion as with the work of Tina Guo, an international sensation.” Metal Hammer Magazine

Tina Guo will also be performing with Hans Zimmer on his upcoming tour in May 2017 in Sydney, Melbourne, Brisbane & Perth.

1. The Legend of Zelda