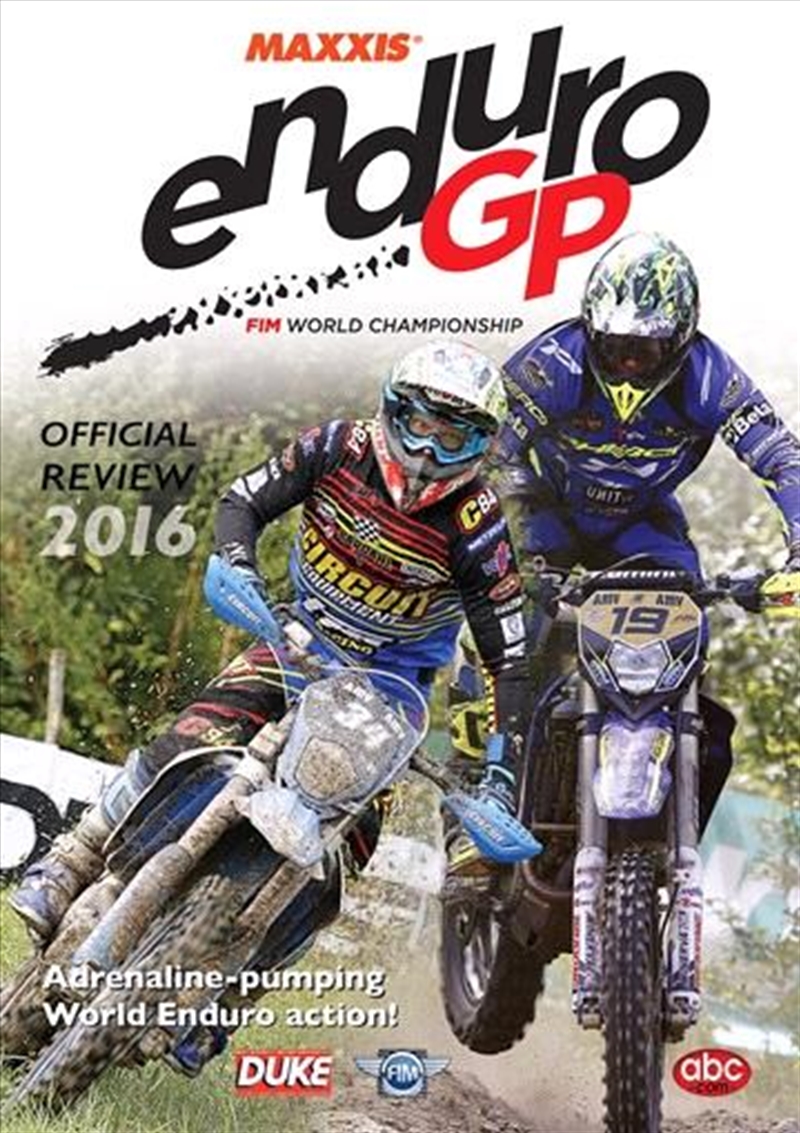 Shipping - See delivery options.
Postcode:
Quantity:
World Enduro 2016 FIM World Championship - Official Review. Defending champion Eero Remes was the stand out E1 rider in a year of world-class Enduro dominated by stars including Danny McCanney, Nathan Watson and the outgoing Ivan Cervantes. Tasmania's Matthew Phillips proved too hot to handle in the E2 class, amassing an impressive tally of wins on his Sherco against strong oppositions from Matthias Bellino, Loc Larrieu and KTMs Taylor Robert. In the big E3 class Britains Steve Holcombe was the steamroller no-one could stop, indeed there were only four legs he didn't win across the whole season. Johnny Aubert of France and Manuel Monni found a similar level of consistency, if not of success. On the Official Review you'll find highlights of each round, including for Enduro GP as the action moves from the opening round in Morocco, through countries including Portugal, Greece, Finland, Sweden and Spain to the finale in France.